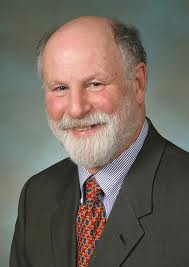 SPOKANE, Wash. (AP) -- Like many states, cash-strapped Washington is looking to save money by reducing the size of its prison population.

But the state has actually been releasing non-violent offenders for years, leaving relatively few inmates who would be good candidates for early release. Washington has only about 17,000 prison inmates, well below the average for a state of 6.6 million.

``Over the last 10 years we have moved away from incarcerating in any great numbers people who don't deserve to be in prison,'' said Tom McBride, a spokesman for the state Association of Prosecuting Attorneys.

That is not the case in all states. Huge budget deficits are causing politicians in many states to take a hard look at prisons, and the tough-on-crime laws that locked up more people for longer periods. At least two dozen states are considering early release of inmates to save money. Tougher sentencing laws have contributed to a fourfold increase in prison costs across the nation over two decades. The total cost of incarcerating state inmates swelled from $12 billion in 1988 to more than $50 billion by 2008.

Washington faces a $5 billion budget deficit, and that has politicians looking for savings in the cell blocks.

State Sen. Adam Kline, D-Seattle, has proposed early release of some inmates who have not committed sex offenses, murder, or certain drug offenses. An inmate with low risk to reoffend could see 120 days shaved off a sentence under the proposal, while a high risk, but nonviolent, inmate would get 60 days off.

Some of the saved money would be used for treatment and education programs that lower recidivism rates, Kline said.

``A person with a high likelihood of committing a violent offense isn't going to be allowed to be released under this program,'' Kline said.

Proponents say the state could save $6.6 million in the next two years, a tiny percentage of the deficit. Prosecutors oppose the measure.

Kline said his bill would reduce the daily prison population by about 3.5 percent. It costs about $37,000 to keep a prison inmate in Washington. A study conducted by the Washington State Institute for Public Policy found that the bill would result in 3,700 fewer crimes over the next 20 years, saving taxpayers $35 million, assuming rehabilitation works.

In Washington, discussions about reducing the prison budget come amid the horrific backdrop of the murder of a female corrections officer on Jan. 29. Jayme Biendl was strangled by an inmate while working alone in the chapel at the Monroe Correctional Complex.

While prison officials have said Biendl's murder was not related to state budget cuts, which had yet to impact Monroe much, the case has become something of a political football.

The union representing corrections officers is demanding a series of reforms, some of them expensive, to make the job safer.

A report by the National Institute of Corrections provided 15 recommendations, and a bill to implement some of those has been introduced in the state House.

The bill would reform offender classification at each facility; authorize a study of the use of personal body alarms and proximity cards for guards; hire a consultant to study the use of more video monitoring cameras in prisons; and authorize a pilot program on the expanded use of pepper spray. The cost of the various studies is about $2.7 million. But full implementation of items like monitoring cameras and body alarms would cost millions of dollars, the House Public Safety committee was told Wednesday.

``We have been urging the state for years to make these changes, but our input has fallen on deaf ears,'' said Lynn Kunkle, a nurse at Monroe and member of Teamsters Local 117, which represents prison workers. ``It's disturbing that it takes the murder of one of our co-workers before the state promises to take action.''

Union officials contend state budget woes are making their jobs more dangerous, said Tracey Thompson, chief executive officer of the union. For instance, the union contends that too many prisoners are being reclassified by administrators from violent to nonviolent, allowing them to be placed in the general population.

This year, the union is pushing hard for legislation that would give prison employees the ability to engage a neutral third party if they cannot come to agreement with the state over safety concerns.

``Our members walk the tiers, supervise, counsel and feed the inmates,'' Thompson said. ``Our members are the ones who are most acutely aware of what is needed to improve prison safety and security.''