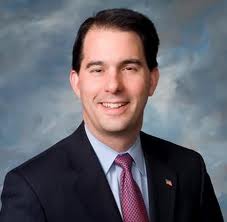 Republicans, including new Gov. Scott Walker, are pushing for passage of the new requirement in time for the April 5 election, arguing the change is needed to combat voter fraud and ensure the integrity of the election. Opponents argued at a hearing on the bill Wednesday that the requirement would disenfranchise senior citizens, minorities and students, make it more difficult to vote and cost millions.

``So-called voter ID is a solution in search of a problem,'' said Sen. Spencer Coggs, D-Milwaukee, a longtime opponent of the measure. ``What is a problem is denying people a right to vote.''

Bill sponsor Sen. Joe Leibham, R-Sheboygan, countered that requiring a photo ID was a ``reasonable requirement'' to restore confidence in elections and would be an impediment to illegal activity.

That is a common argument being made in Wisconsin and other states where the requirement is being pushed this year, including Texas and Minnesota. But opponents -- including NAACP-Milwaukee, Disability Rights Wisconsin and the Wisconsin Alliance for Retired Americans -- argued Wednesday there is no widespread voter fraud and the change would only make it more difficult for people to vote. About 20 people were charged with voter fraud in Wisconsin during the 2008 election.

``There is little doubt the requirement will suppress some turnout -- the turnout of those who vote illegally,'' said Republican Attorney General Van Hollen in written testimony.

``In the course of our work we have never found any evidence to support allegations of organized, large scale vote fraud or dissuasion,'' he said in written testimony. ``Before we do anything that alters existing access to voting we should make sure we do it for a compelling reason based on a clear need.''

The bill was modeled after a 2005 Indiana law the U.S. Supreme Court found to be constitutional.

The Wisconsin proposal would be much stricter and more cumbersome to administer than the Indiana law, said Kevin Kennedy, director of the Government Accountability Board which is in charge of running Wisconsin's elections. University of Wisconsin-Madison political science professor David Canon, who studies election law, said the proposal would be the most restrictive in the country.

They both recommended a series of changes to improve the measure, including expanding the allowable IDs that could be accepted for a person to vote. Kennedy said U.S. passports, student identification cards, or cards issued by a unit of government, should be allowed. Canon said tribal IDs should also be allowed in order not to run afoul of the Voting Rights Act which has protections for Native American voters.

Kennedy also recommend eliminating the requirement in the bill that a copy of a photo ID or a signed statement in order to vote absentee, something he said no other state mandates.

Under the bill, voters who couldn't present a valid ID could vote provisionally, which means their ballot would be put aside until they could produce the ID by 4 p.m. the day after the election. Kennedy recommended that other alternatives to issuing a provisional ballot, which he described as a time consuming process, should be considered.

The address on the ID would have to be current when the person registers to vote, but it would not have to be up to date when the person votes. Wisconsin voters currently are not required to show any form of ID before casting a ballot.

An analysis of how much the bill would cost was not available before Wednesday's hearing, but opponents said it would cost millions to expand the number of Department of Motor Vehicle offices to ensure there is enough access for people to get IDs in order for the requirement to be constitutional.

Kennedy said at least $500,000 would be needed to pay for the public information campaign called for under the bill and up to $1.5 million more to pay for other changes.

Eight other states already require or request photo IDs, according to the National Conference of State Legislatures. Oklahoma's new law that requires most voters to show a photo ID takes effect in July and 18 other states currently require ID to be presented, but not necessarily with a photo.

Some backers of the bill hope it can be passed quickly enough to be in effect for the April 5 election, which includes a state Supreme Court race and several local contests. But Kennedy said it would nearly impossible to meet all the requirements of the law by then.

``If you're going to rush it through, I think you need to strip down what you're asking for,'' Kennedy said.