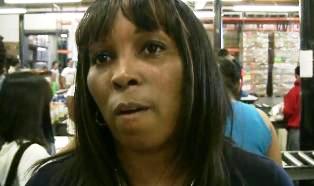 "The national figures are record-breaking, but the fact that such a disparity exists between African-Americans and whites shows that we must call on Congress to do more—especially for communities with the greatest need," said Rev. Derrick Boykin, a regional organizer for Bread for the World. "Congress must act now to ensure that programs designed to mitigate hunger are well-funded."

In 2010, a record number of people – 42 million – needed help from the Supplemental Nutrition Assistance Program or SNAP, which used to be called food stamps. And 22.6 percent of them were African American. As a result 90 percent of African-American children will receive SNAP benefits at some point before age 20, compared to 49 percent of all U.S. children.

Congress reconvened today for a lame duck session with several important unfinished agenda items, including extending tax benefits for low-income working families and reauthorizing the Child Nutrition Act, which will improve school breakfast and lunch programs along with WIC and summer food sites.

Unemployment, always higher than average in black communities, is a key factor in poverty. Nearly 35 percent of African-American children currently live in households that struggle to put food on the table, compared to 16.7 percent of white children.

Image: LA Foodbank from the video.