Housing Discrimination Is a Hidden Cause of Health Disparities

By Kenneth J. Cooper of America\'s Wire for The Skanner News
Published: 12 November 2010

While most Americans are unaware of the nation's health disparities, those who are may well think that racial and ethnic minorities become sicker and die more often because they lack medical insurance, tend to be poorer or have unhealthy lifestyles. Or, as a few sophisticates may know, because minorities receive unequal treatment from the medical system, regardless of economic status and insurance coverage.
A growing number of researchers cite a different cause, one that some say actually reflects the others. It is a social fact that has faded from public concern, despite its obvious persistence in every major city: residential segregation.
These researchers say segregation's negative impact on health is true particularly for African-Americans, who studies consistently show are most likely to live apart from other racial-ethnic groups. Blacks, according to the Centers for Disease Control and Prevention, have the highest overall death rate in the country. The rate of high blood pressure among African-Americans is highest not just in the nation, but also in the world, the American Heart Association reports, as is the percentage of black men who contract prostate cancer. 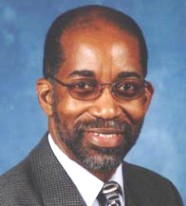 "I argue that residential segregation by race is the fundamental cause of racial disparities in health in the United States," said David R. Williams, a professor of public health at Harvard University. "It is not my position—I don't think the data are consistent—that segregation is the only cause of disparities in health. It's a major cause. It's a big one."
Williams has been an early and leading voice for this perspective. In 1999, while at the University of Michigan, he helped to conduct a study concluding that the concentration of poverty and disadvantage in segregated neighborhoods contributed to the disparities.
"Segregation determines your economic status," Williams said recently, summing up the finding of that and subsequent studies. "Segregation determines, on average, the quality of schools you go to, your access to employment opportunities, the quality of housing and neighborhoods, whether your environment promotes health or discourages health. And segregation dramatically affects access to medical care."
Segregated black neighborhoods tend to be poor—poorer, in fact, than impoverished white neighborhoods. Recent research, however, has begun to show that race, not class, adversely affects the health of African-Americans in racially isolated communities.
Hope Landrine, a researcher for the American Cancer Society, reviewed the latest studies on residential segregation and black health, and compiled the findings last year in the journal "Ethnicity & Health." Among them:

• Two to three times as many fast food outlets are located in segregated black neighborhoods than in white neighborhoods of comparable socioeconomic status, contributing to higher black consumption of fatty, salty meals and in turn widening racial disparities in obesity and diabetes.

• Black neighborhoods contain two to three times fewer supermarkets than comparable white neighborhoods, creating the kind of "food deserts" that make it difficult for residents who depend on public transportation to purchase the fresh fruits and vegetables that make for a healthy diet.

• Fewer African-Americans have ready access to places to work off excess weight that can gradually cause death. A study limited to New York, Maryland and North Carolina found that black neighborhoods were three times more likely to lack recreational facilities where residents could exercise and relieve stress.

• Because of "the deliberate placement of polluting factories and toxic waste dumps in minority neighborhoods," exposure to air pollutants and toxins is five to 20 times higher than in white neighborhoods with the same income levels.

• Regardless of their socioeconomic status, African-Americans who live in segregated communities receive unequal medical care because hospitals serving them have less technology, such as imaging equipment, and fewer specialists, like those in heart surgery and cancer. The predominantly white doctors in those communities are also less likely to have certification from the American Board of Medical Specialties, an accepted standard of professional competence.

Not all researchers see residential segregation as a major cause of health disparities, or see it in the same way as do Williams, Landrine and others.
In 2003, researchers at Case Western Reserve University presented a paper at a National Institutes of Health meeting that concluded residential segregation was "statistically unassociated with health status," after taking into account other community factors such as unemployment and medical care and individual attributes like age and education levels.
The American Heart Association, while acknowledging the impact of socioeconomic factors, also cites individual factors such as knowledge and practice of healthy choices in diets and lifestyles.
In a 2003 study, Thomas A. LaVeist, director of the Center for Health Disparities Solutions at Johns Hopkins University, study that found that living in segregation shortens the life span of African-Americans.
"However, I argue it is not segregation in itself that is predictive of health outcomes," LaVeist added. "Rather, segregation is reflective of race differences in the social infrastructure, material living conditions and life chances of whites and African-Americans. A consequence of these 'different Americas' is that different race groups have different levels of exposure to health risks."
Whether residential segregation or individual behavior is seen as the main driver of health disparities can make a difference in how government officials and health advocates approach the problem—whether they focus on treating individuals or neighborhoods.
Landrine of the American Cancer Society argued for the neighborhood approach, which might include encouraging farmers markets and supermarkets to operate in segregated black communities or, more controversially, changing local regulations to limit the number of fast-food outlets in those areas.
"Black-White health disparities might be better understood and eliminated by focusing, not on Black people and cultures," Landrine concluded, "but on Black places and contexts."

Kenneth J. Cooper, a Pulitzer Prize winner, is a freelance journalist based in Boston. In 2007, he was a Fair Health Journalism Fellow with the Joint Center for Political and Economic Studies.