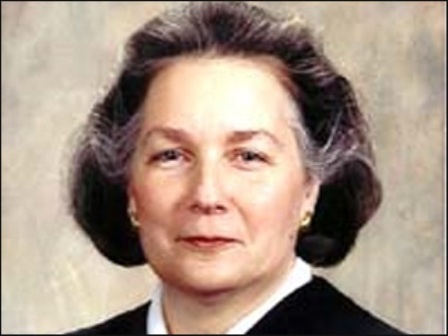 OLYMPIA, Wash. (AP) -- A King County judge who has been compared to TV's ``Judge Judy'' should be suspended without pay for five days for being rude to defendants in her courtroom, the state Supreme Court ruled Thursday.
The sharply divided court said that King County District Judge Judith Eiler violated rules requiring judges to be ``patient, dignified, and courteous'' to defendants, lawyers and others when she used the terms ``idiot'' and ``stupid'' when talking to litigants. While five justices signed on for the five-day suspension, four others felt she should have faced a longer suspension.
Eiler, who was first elected to the bench in 1992, handles mostly small claims and traffic infractions out of a courtroom in Issaquah. The Commission on Judicial Conduct said Eiler frequently cut off defendants when they tried to speak, belittled them and didn't allow them to present evidence -- the same conduct that drew a reprimand for Eiler from the commission in 2005.
Eiler completed sensitivity training following the earlier reprimand.
The justices cited a few court exchanges from 2008 that sparked the most recent complaint, including one where a defendant had received a ticket for driving over the speed limit.
The defendant argued that they were just going with traffic, and mentioned they had out-of-state-plates. Eiler responded that the license plates didn't make a difference in why the car was pulled over, because ``we don't troll for stupid people out of state who speed over the speed limit.''
The next day, Eiler asked another defendant why she should reduce the cost of the ticket, ``other than telling me that you were an idiot and driving with the cars around you(?)''
In another case a month later, she told another defendant, ``You can see your picture on the headlines of the Seattle Times, stupid young man who shouldn't be driving.''
``One or two rude, impatient, or even slightly condescending comments might be understandable -- after all, no jurist is perfect,'' Justice Jim Johnson wrote for the lead opinion that called for the five-day suspension and affirmed the commission's censure of her last year. ``But more than a dozen such instances is not understandable; rather, it evidences an unacceptable pattern of misbehavior.''
Justices Charles Johnson, Tom Chambers and Justice Pro Tem. Christine Quinn-Brintnall joined Johnson on the lead opinion.
But four others insisted that Eiler should be subject to the 90-day suspension that had been recommended by the commission last year.
``Statements by a judge implying that a litigant is an ``idiot'' or ``stupid'' and the rendering of other derisive comments about persons who are before the judge is not conduct that engenders respect for the judiciary or provides confidence in the impartiality of the justice system,'' Justice Gerry Alexander wrote for the dissent, joined by Chief Justice Barbara Madsen and Justices Mary Fairhurst and Debra Stephens.
Justice Richard Sanders wrote separately to say Eiler should only be reprimanded, and says he sided with the majority only to prevent the longer suspension.
``While Judge Eiler sometimes acted discourteously, even rudely, her conduct did not rise to that of other judges whose behavior warranted suspension,'' he wrote.
Eiler's lawyer, Anne Bremner, said the shortened suspension was a victory, especially since the commission's counsel had originally recommended her removal from the bench.
Bremner said that Eiler is a no-nonsense judge, and that judges shouldn't be sanctioned because of their personality.
``She's sharp and to the point,'' she said, and noted that the allegations only represented a small percentage of the approximately 100,000 cases she's handled.
Bremner said that Eiler has ``taken to heart all of the comments that have been made about her.''
``She takes pride in her work and wants to continue in that capacity,'' she said.
Reiko Callner, executive director of the state Commission on Judicial Conduct, said that the suspension would begin either Thursday or Friday, depending on Eiler's case schedule