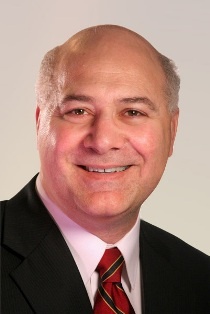 Oregon Governor Ted Kulongoski has proclaimed April to be Fair Housing Month for the third consecutive year.
Bureau of Labor and Industries Commissioner Brad Avakian (pictured at left) this week reaffirmed his bureau's mission to address discrimination in housing to the fullest extent of the law.
"The Governor's proclamation highlights several ways in which BOLI and the State of Oregon are fortunate," said Avakian. "We are fortunate to have a Governor who recognizes the continuing importance of fighting housing discrimination in our state and we are fortunate to have a strong, cooperative relationship between Oregon's Civil Rights Division and our federal counterparts at the U.S. Department of Housing and Urban Development."
April 2010 marks the 42nd anniversary of the passage of Title VIII of the Civil Rights Act of 1968, also known as the Federal Fair Housing Act.
With the passage of legislation in Oregon in 2007, 2008 and 2009, state law became substantially equivalent to federal law and allowed the Civil Rights Division (CRD), a part of BOLI since the 1960s, to conduct local investigations of complaints of housing discrimination, even those filed under federal fair housing law.
"Since May 1, 2008, Oregon's Civil Rights Division has investigated nearly 200 complaints of unlawful housing discrimination," Avakian said. "We appreciate the continuing opportunity to work closely with our federal partners, and look forward to continuing success, in ensuring that Oregonians' rights are protected to the fullest extent of the law."
"For all the progress HUD and our partners have made in promoting fair housing, there is still considerable work to be done," said HUD's Northwest Regional Director Mary McBride.
"Especially important to this work are the efforts of the Oregon Bureau of Labor and Industries to help us make sure that Oregonians are fully aware of their rights and obligations under the Act and where necessary, to pursue violations of the Act," McBride said. "Our Fair Housing laws and policies are there to ensure that all Americans have equal access to the housing of their choice."
BOLI's mission is to defend the rights of workers and citizens to equal, nondiscriminatory treatment in workplaces, housing and public accommodations. CRD partners with federal agencies like HUD to ensure efficient enforcement of state and federal anti-discrimination laws. For more, go to http://www.oregon.gov/BOLI/.