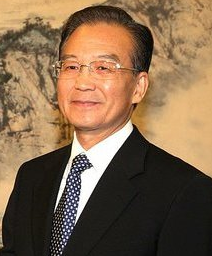 HONG KONG (CNN) -- Chinese authorities on Friday blocked access inside the country to the English and Chinese websites of The New York Times after they published an article reporting that family members of Premier Wen Jiabao had amassed a fortune worth billions of dollars.

Citing corporate and regulatory records, The Times said it had pieced together evidence showing that Wen's relatives have controlled assets worth at least $2.7 billion, often hiding their names "behind layers of partnerships and investment vehicles involving friends, work colleagues and business partners."

China reacted angrily to the report, preventing people inside the country from visiting the two Times websites or searching for the terms "New York Times" and "Wen Jiabao" on popular social media platforms.

"It's trying to blacken China's image and has ulterior motives," Chinese Foreign Ministry spokesman Hong Lei said in a response to a question about the article, which mentioned Wen's son, daughter, younger brother and brother-in-law as being among those who had grown rich during Wen's time in power.

Asked about the decision to block the websites, Hong replied: "China regulates the Internet in accordance with laws and regulations."

The Chinese government tries aggressively to control the flow information inside its borders about sensitive topics like unrest in Tibetan areas and criticism of senior officials. It strictly manages the output of domestic news media outlets and has a history of shutting off access to international news websites.

Chinese authorities have blacked out the broadcast signal for international television stations like CNN and the BBC when they have aired sensitive reports about the country.

The Times story about Wen's family's wealth comes at a particularly delicate time for the ruling Communist Party, only a matter of weeks before the start of the 18th Party Congress, at which the country's next set of top leaders will be announced.

Authorities have stepped up security in Beijing, where the congress, part of a once-in-a-decade leadership transition, will take place. This transfer of power has already been complicated by the dramatic and damaging scandal involving the former high-flying official Bo Xilai and his inner circle.

In a country where official corruption is widespread, the top leadership is particularly sensitive to suggestions that its members or those close to them have become unusually wealthy. The growing divide between rich and poor after two decades of torrid economic growth has added to that defensiveness.

The Times article on the wealth of Wen's relatives comes four months after Bloomberg News reported that the extended family of Vice President Xi Jinping, the presumptive next top leader of China, had accumulated business interests worth hundreds of millions of dollars during his rise up the Communist Party ladder.

Chinese authorities cut off access to the Bloomberg News website following publication of the article, which was also based on public documents.

The blocking of the Times websites Friday also takes place four months after the introduction of the Chinese-language site, which the company said at the time was "intended to draw readers from the country's growing middle class" through a mixture of reporting by Chinese journalists and Times articles translated from English.

The Times cited a company spokeswoman as expressing disappointment Friday that web access had been cut off.

"We hope that full access is restored shortly, and we will ask the Chinese authorities to ensure that our readers in China can continue to enjoy New York Times journalism," said Eileen Murphy, according to The Times. "We will continue to report and translate stories applying the same journalistic standards that are upheld across The New York Times."

The servers that host both the English and Chinese sites of the Times are outside mainland China, according to the news organization.

CNN's Steven Jiang in Beijing contributed to this report.