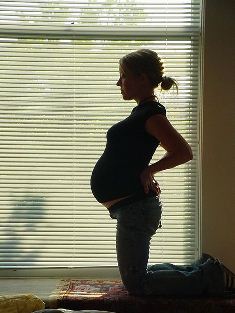 (CNN) -- A publicly funded school in Louisiana said Tuesday that it may rethink requiring students suspected of being pregnant to be tested medically and, if pregnant, to be home schooled.

"There have never been any complaints from students or parents about the school's policy," Delhi Charter School principal Chris Broussard said in a statement issued a day after the American Civil Liberties Union sent him a letter criticizing the policy.

"However, in light of the recent inquiry, the current policy has been forwarded to the law firm of Davenport, Files & Kelly in Monroe, Louisiana, to ensure that necessary revisions are made so that our school is in full compliance with the constitutional law."

Under the school's policy, which is posted on its website, "The school reserves the right to require any female student to take a pregnancy test to confirm whether or not the suspected student is in fact pregnant."

In cases where a test determines that one of the school's approximately 700 students is pregnant, "the student will not be permitted to attend classes on the campus of Delhi Charter School," it says.

In a letter sent Monday to school officials, ACLU Executive Director Marjorie R. Esman said the policy "is based on the archaic and pernicious stereotype that a girl's pregnancy sets a 'bad example' for her peers -- i.e., that in having engaged in sexual activity, she has transgressed acceptable norms of feminine behavior."

The news that the policy would be reviewed was welcomed by Louise Melling, director of the ACLU Center for Liberty, who described the policy as "reminiscent of the '50s."

Melling said any revisions should ensure no student is forced to take a pregnancy test and no pregnant student ordered out of the classroom.

Tiseme Zegeye, a legal fellow at ACLU's Women's Rights Project, said the organization had not heard directly from the school. "We are, of course, encouraged that they are saying that they will try to bring their policy into compliance and we hope they do this ... in time for the school year to start."

August 15 is the first day of classes.

If that doesn't happen, she said, the school should suspend the policy until revisions are made.

"As it now stands, there are numerous constitutional violations as well as violating Title IX," she said, referring to the federal law banning sex discrimination in schools. "If they don't suspend it immediately, we are considering taking further legal action."

No one from the school or from the law firm responded to CNN's requests for comment.

Nigel Walwyn contributed to this report for CNN