By Helen Silvis of The Skanner News
Published: 17 June 2011 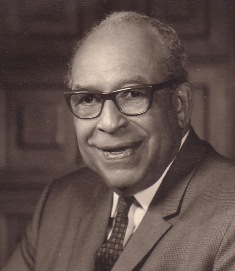 His mother died when he was just nine years old. His father was a poor cook who couldn't afford to feed him and his seven brothers and sisters. Sent to Kansas City to live with his aunt and uncle he worked hard to earn a path to university and a career as a doctor. But that wasn't the end of his struggles. Why? This doctor was Black at a time when the color of your skin was way more important than the content of your character. Yet he was not deterred. He became a civil rights warrior, and a legend. His name now honors one of Portland's most-used parks: DeNorval Unthank Park in North Portland.
"Many of the African American leaders in this community were delivered by Dr. Unthank and live by his example," said Art Hendrix, security manager for the Parks department.
If you haven't heard the story of Dr. DeNorval Unthank, you're not alone. Many Portlanders have no idea where the park got its name. That's just one reason why Portland Parks and Recreation is inviting you to a rededication celebration in the park at 510 N. Shaver from 5 pm to 8 pm on Friday June 17. 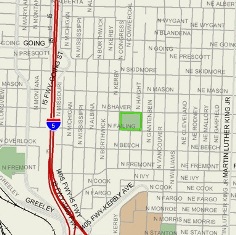 The park has had a facelift and new lighting, and much more is planned. Five recreation workers, hired from the Northeast community have been hired to organize events in the park this summer from 4pm to 7 p.m. Along with fun activities, free meals for youth will be offered at 5 p.m. A movie night and other events also are in the works.