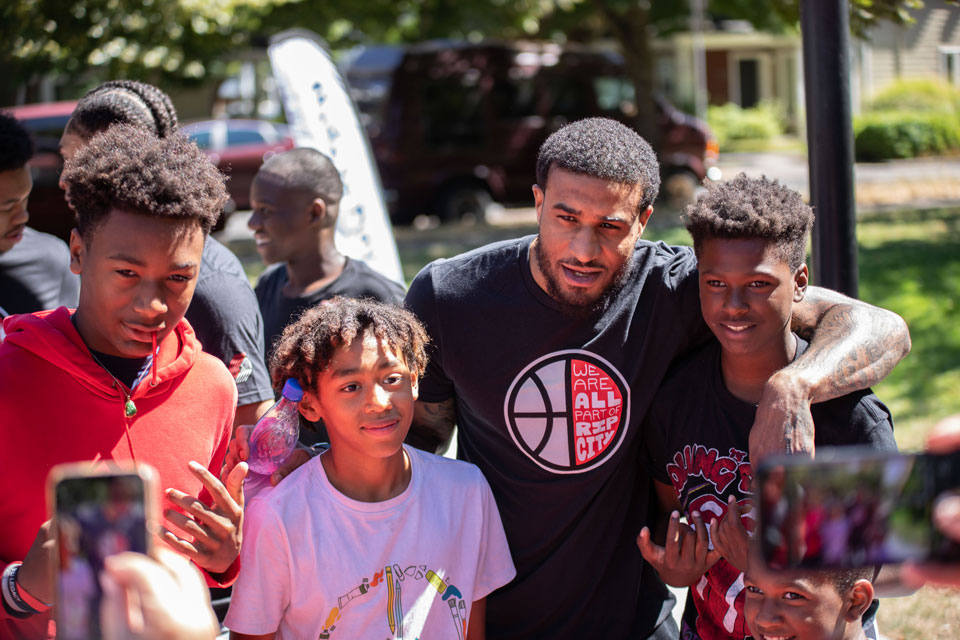 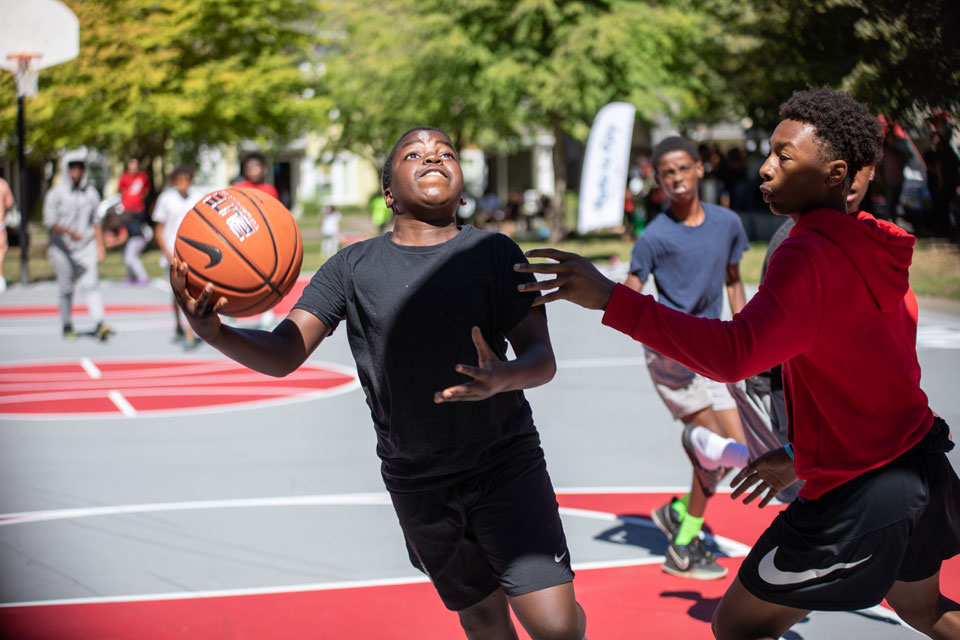 (Photo courtesy Portland Parks & Recreation)The partners gathered for a celebration on Aug. 28, to celebrate the renewed basketball court and the return of the school year. The recently completed effort is part of the larger Portland Basketball Courts Revitalization Project between the organizations and Portland Parks & Recreation (PP&R). The project supports various PP&R programs in Portland including the bureau’s Goldenball Youth Basketball, celebrating its 85th season in 2022. “Portland is at its best when we bring public and private groups together,” says Portland Parks Commissioner Carmen Rubio.

The collaboration between the partners continues, with work to revitalize the outdoor basketball court at North Portland’s Dawson Park beginning this week and expected to be complete by late September. Details are available at portland.gov/parks/dawson-park. Basketball courts that have been updated so far include Parklane, Argay, Trenton, McKenna, Harney, King School Park and Raymond Park. 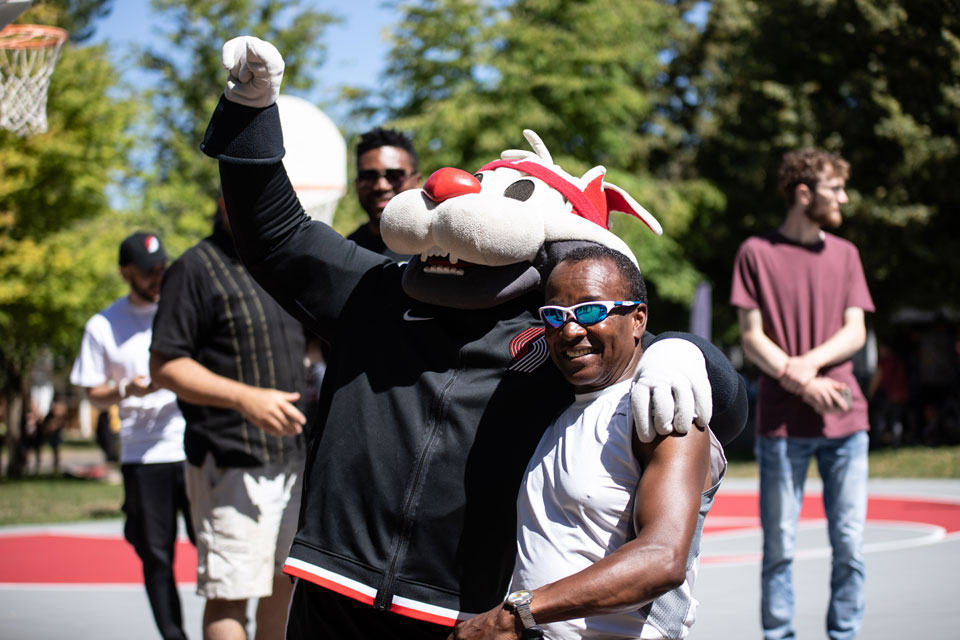 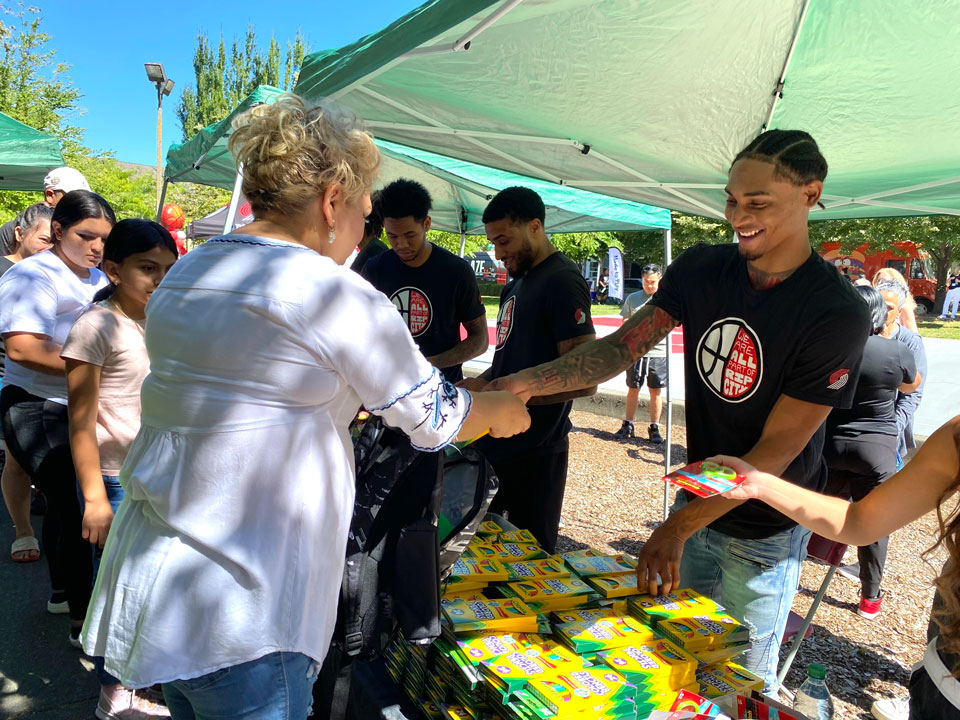 The Portland Basketball Courts Revitalization Project is funded by $750,000 from Nike and $300,000 from the Portland Trail Blazers.