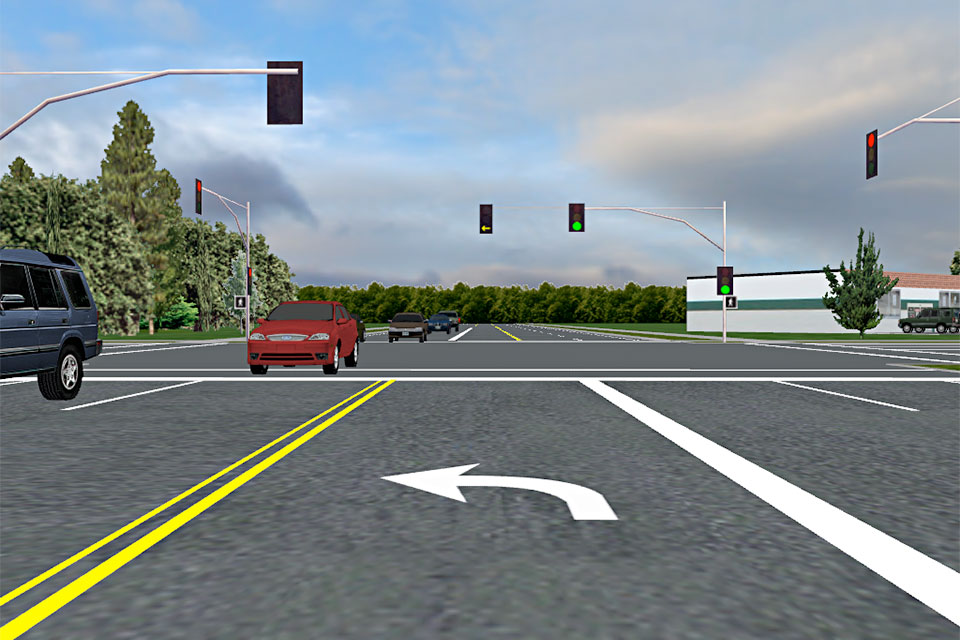 CORVALLIS, Ore. – Research by the Oregon State University College of Engineering and Portland State University suggests a trio of roadway treatments would enable people age 65 and older to travel on foot more safely.

The study is important because older pedestrians are among the most likely to be killed in traffic accidents, according to the National Safety Council. In the United States in 2020 there were 709 pedestrian fatalities in the 65-74 age group – 20% of total road-user deaths in that age bracket.

The project used data from Oregon collisions but is likely applicable in other areas, and it provides a framework for jurisdictions to develop their own safety recommendations, said David Hurwitz of the OSU College of Engineering.

Findings of the study led by Chris Monsere of Portland State were published in the Transportation Research Record.

Hurwitz and Monsere, whose collaborative background includes a recent update of the Safety Investigation Manual for the Oregon Department of Transportation, combed four years of Oregon crash data for locations where older pedestrians were over-represented.

“Motor vehicle crashes involving older pedestrians are more likely to result in fatality than those involving other age groups,” said Hurwitz, a transportation engineering researcher at OSU. “As a group older pedestrians are more frail, walk more slowly and are at increased risk of falling while walking. And some of those people may also have an inhibited ability to make safe road crossing decisions due to vision or hearing impairments and cognitive decline.”

After conducting a review of best practices from national and local sources, the researchers mapped those practices to the Oregon danger spots for pedestrians 65 and over and came up with the following recommendations:

“Twenty percent of the crashes we looked at happened in the dark at places with limited street lighting,” Hurwitz said. “Eight percent occurred at dawn and 5% at dusk, times of day when ambient lighting is low. Better lighting at intersections and near crossing locations, rapid flashing beacons and other devices like ‘Pedestrian Crossing’ warning signs with flashing LEDs would likely help a lot.”

So would, he added, converting “permissive” left turns for drivers at certain locations into “protected” ones. Executing a permissive left turn at an intersection means watching for a break in the oncoming traffic, which has the right of way. In a protected left turn, the motorist is signaled by a green arrow that it’s safe to turn.

“In a permissive left turn, drivers can become so focused on looking for a gap in the traffic that they don’t see pedestrians,” Hurwitz said. “Increasing the use of protected left turns in locations where a permitted turn may be difficult can improve the safety of older drivers as well as pedestrians because it reduces one of the more complex driving tasks.”

He also notes that some cities including Portland and New York have been using “slow turn wedges” and “hardened center lines” as a way to enhance pedestrian safety by forcing left-turning vehicles to slow down and take a proper route.

A wedge, outlined by pylons in the intersection, makes drivers turn more sharply and thus not as fast. A hardened center line, constructed of bollards, accomplishes the same thing by preventing drivers from crossing the center line before they are supposed to.

The moves are countermeasures against the increased danger pedestrians of any age face from left-turning vehicles, which nationwide account for roughly 25% of all incidents involving a vehicle striking someone on foot.

Among pedestrians 65 and older, the proportion of serious-injury crashes happening when the person is in the roadway is greater than for pedestrians ages 25 to 64, which suggests shortening crossing distances increases their safety by reducing their exposure time.

That can be done through pedestrian islands in the median, curb extensions, raised crosswalks and road diets – i.e., reducing the number of car travel lanes in an area.

“From the perspective of universal design, a benefit is that treatments aimed at making older pedestrians safer enhance the safety of all pedestrians,” Hurwitz said. “Our main objective was identifying low-cost treatments that could be widely implemented, but looking at ways to address speeding may also help improve older pedestrian safety and should be a focus of future work.”

Jason Anderson and Sirisha Kothuri of Portland State also took part in the research, which was funded by the Oregon Department of Transportation and the Federal Highway Administration.