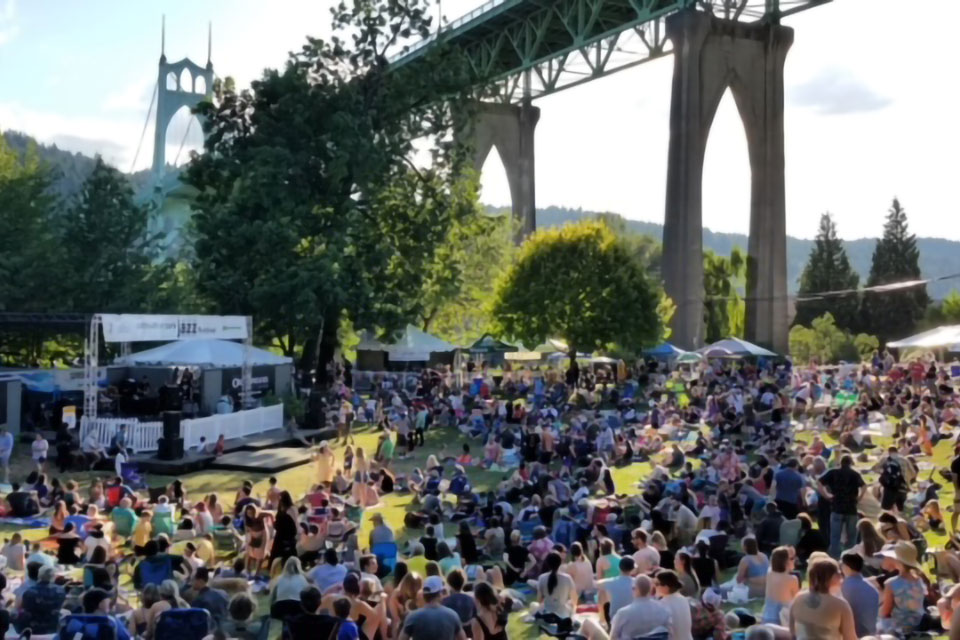 Friday, July 15 is dedicated to the blues starting at 4:30 p.m. The featured performer is guitarist and studio session player Eddie Martinez, who played alongside Tina Turner and Mick Jagger. Friday night ends with Tony Coleman’s “Tribute to the Three Kings: BB, Albert, and Freddie.” Coleman was BB King’s drummer.

Sunday, July 17, starts with the Portland State University Festival Ensemble. Greaterkind gives the final performance - the premier of “Time Sound; Albina’s Jazz Re-Imagined,” a suite of local jazz, soul, funk and fusion compositions together with narration by elders from the Albina neighborhood, where most of Portland’s Black residents lived in the 20th century. “Time Sound” is a production of World Arts Foundation/Albina Music Trust & Brown Branch.

“This is the 42nd consecutive year of the festival, which was started by a group of volunteers seeking to commemorate the construction of spectacular Cathedral Park,” said Rita Rega, creative director of this year’s festival and president of the Jazz Society of Oregon.

Those interested in sponsoring the festival can check out jazzoregon.org/become-sponsor.

Volunteers may sign up on the Jazz Society of Oregon’s website by emailing volunteer@jazzoregon.org. Donations can be made at www.jazzoregon.org/donate.