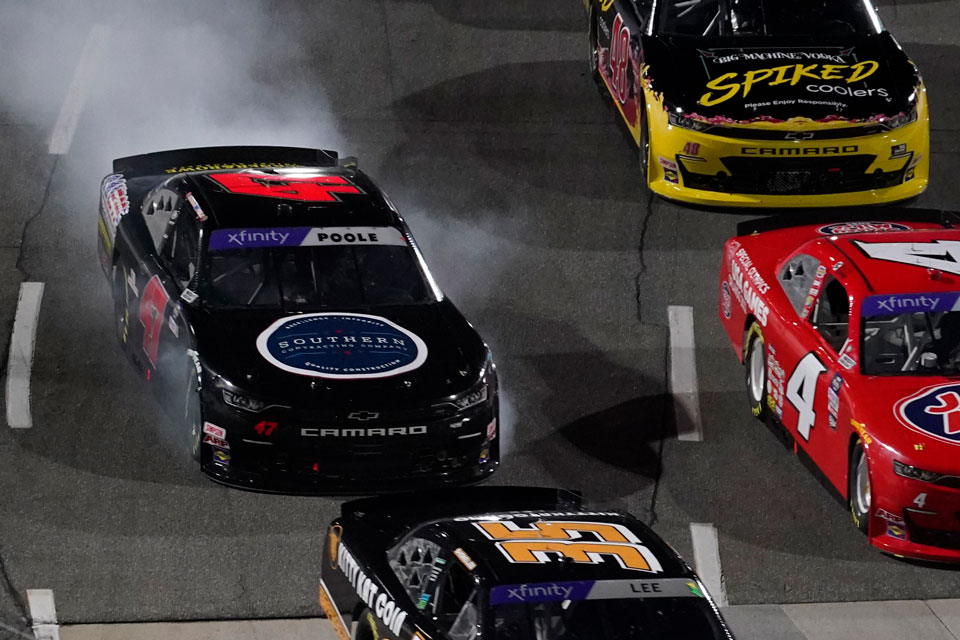 This nationally-televised motorsports event features the return of a NASCAR national series to the Pacific Northwest for the first time in over two decades. The last time NASCAR made a stop in the Pacific Northwest was in 2000 when the NASCAR Camping World Truck Series visited both PIR and Evergreen Speedway in Monroe, Wash.

"There is a long standing tradition of automobile racing in Portland, from the early nineteen hundreds when cars raced along dirt roads to the creation of Portland International Raceway and the Rose Cup Races," said Jeff Curtis, Rose Festival CEO. "We are excited and proud to be supporting the NASCAR Xfinity Series Pacific Office Automation 147 race as a highlight event of the Rose Festival Rose City Reunion."

The Rose Festival Court will make a special appearance at PIR on Saturday, June 4, during the NASCAR Xfinity Series pre-race ceremonies for the Pacific Office Automation 147. Also, ticket purchasers to the race will receive courtesy admission to the Rose Festival CityFair as an added bonus.

"We are proud to partner with Jeff (Curtis) and his team at the Portland Rose Festival Foundation. Auto racing had a long-standing tradition being a part of the Rose Festival," said Kevin Savoree, Co-owner, President and COO of Green Savoree Racing Promotions, organizers of Pacific Automation 147 as well as September’s Grand Prix of Portland at PIR. "The timing of bringing NASCAR racing back to Portland aligned perfectly. It’s going to be an epic weekend at PIR, and it’s fantastic to have the Pacific Office Automation 147 as one of the landmark events of this revered community tradition."

Fans can buy 2-Day or Single Day Reserved Grandstand and General Admission tickets by visiting nascarportland.com. Children 12 and under are admitted free.

The return of the Rose Festival

The Portland Rose Festival Rose City Reunion marks the return of Portland’s Official Festival after two years of a pandemic pause. Fans will be treated to a special evening of classical music performed by the Oregon Symphony presented by Bank of America, Thursday night, May 26, featuring the world premiere of an original Rose Festival themed composition. The Festival will officially re-open with the biggest and baddest fireworks show in Festival history, Friday, May 27.