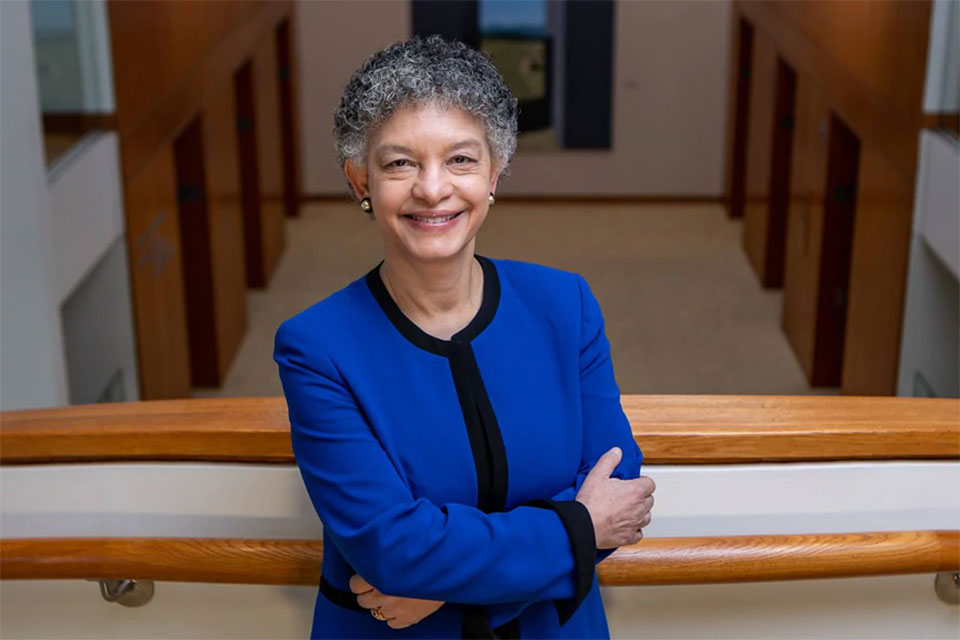 Collins is a New York native, the daughter of Jamaican parents and the wife of Harvard trained doctor, Donald R. Vereen Jr. She holds a doctorate degree in economics from the Massachusetts Institute of Technology (MIT), serving as an economist, provost and executive vice president for academic affairs at the University of Michigan.

Recently, the Federal Reserve Bank of Boston named Collins as its new president, making history as the first Black woman to lead one of the U.S. central bank’s 12 districts. “Collins is an international macroeconomist with a lifelong interest in policy and its impact on living standards,” the Boston Fed said via statement.

Collins received approval from the Federal Reserve’s Board of Governors after being nominated by the Boston directors. Holding one of four rotating slots on the interest-rate setting Federal Open Market Committee, the Boston Fed is considered critical to the national conversation around raising interest rates in an effort to quell inflation. Collins has attended previous central banking symposiums, talking openly about the Fed’s policy framework and her proposed strategy of favoring inflation in hopes of maximizing employment gains. All of these issues will be on the table as she steps into her new role as president.

She will be taking the place of former president Eric Rosengren, who resigned last year, Collins coming in during a time when Democrats are calling for greater diversity in leadership at the Federal Reserve. Aaron Klein, a senior fellow in economic studies at the Brookings Institution, spoke about the significance of Collins' appointment during such a critical time.

In addition to the positions at the Federal Reserve banks of Boston and Dallas, the Fed board also has three vacancies, President Joe Biden recently putting in his nominations. One includes economist Lisa Cook, who Biden has nominated as governor for the board. If Cook receives Senate confirmation, Cook will also make history, becoming the first woman to serve on the Board of Governors.

Collins is slated to begin her new role as president of the Federal Reserve Bank of Boston, on July 1st, after the close of the academic year.

Congratulations Dr. Collins! Because of you, we can!

This article was originally published BOTWC