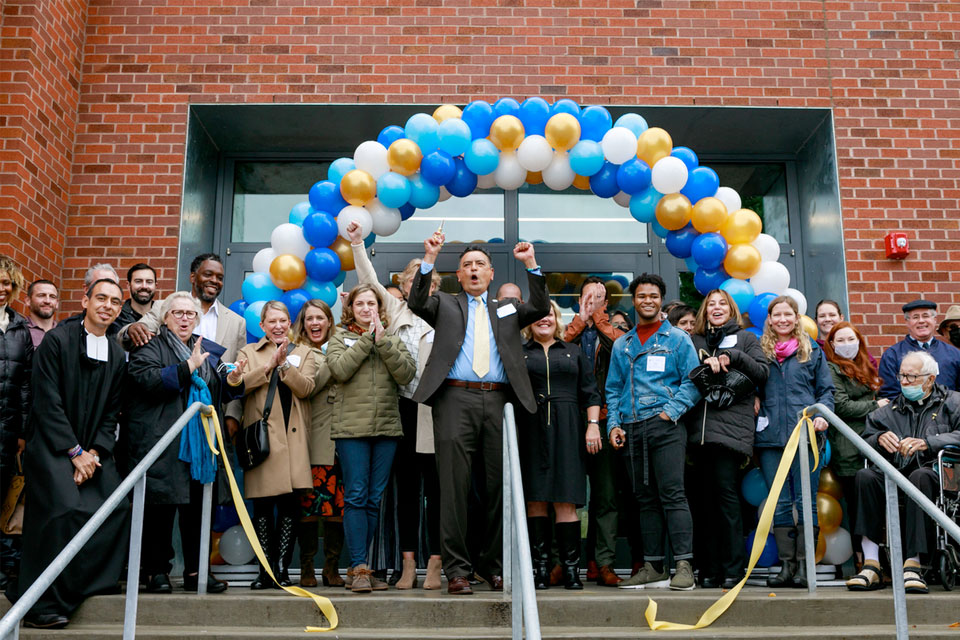 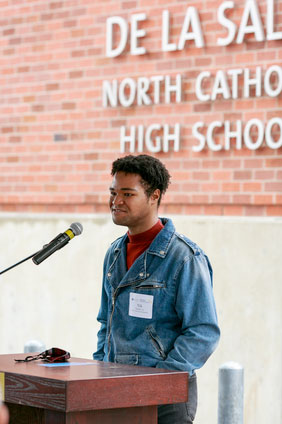 Nik Tucker, class of 2014, worked for Bora for his Corporate Work Study Program job as a student at DLSNC. After completing his degree at Columbia University, he returned to Bora to work on the project.

“It has been a privilege to create a just space . . and what I mean by that is a space that seeks to do justice by its users. Everyone deserves a just space that amplifies them to be their best selves and to be better. I look forward to the opportunities that this space will provide for the next generation,” he said.

“What a day! Just the fact that you showed up... our school, the kids that we serve, it is about that,” Leong said.

“Showing up, being there for them and this school does that and has been doing that for 20 years.

"So on behalf of current and past board members, current and past staff and faculty, and current, past and future students of this school, welcome to De La Salle North Catholic High School.”

Campaign During the Pandemic 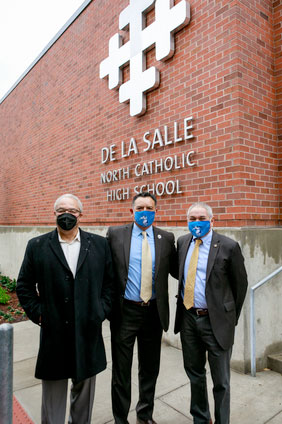 State Senator Lew Frederick, Oscar Leong and University of Portland Acting President, Dr. Herbert Medina (Photo by Andrea Lonas)Mary Boyle, honorary co-chair of the Capital Campaign Committee, said “When we found out that we needed to have a new campus, our own campus, we started looking around and working with the architects and trying to see what kind of campaign we could do, and what we could raise, $30 million was out in the air and we said no way can we raise that amount of money, maybe $15 million? Little did we know, with an incredible campaign committee and all our donors and supporters that we were able to complete a full gym and renovate this whole school and raise $26 million during a pandemic.”

State Senator Lew Frederick shared with the crowd: “I thank you for the work you’ve done already and I’m looking forward to the work you will be able to do in this new facility.”