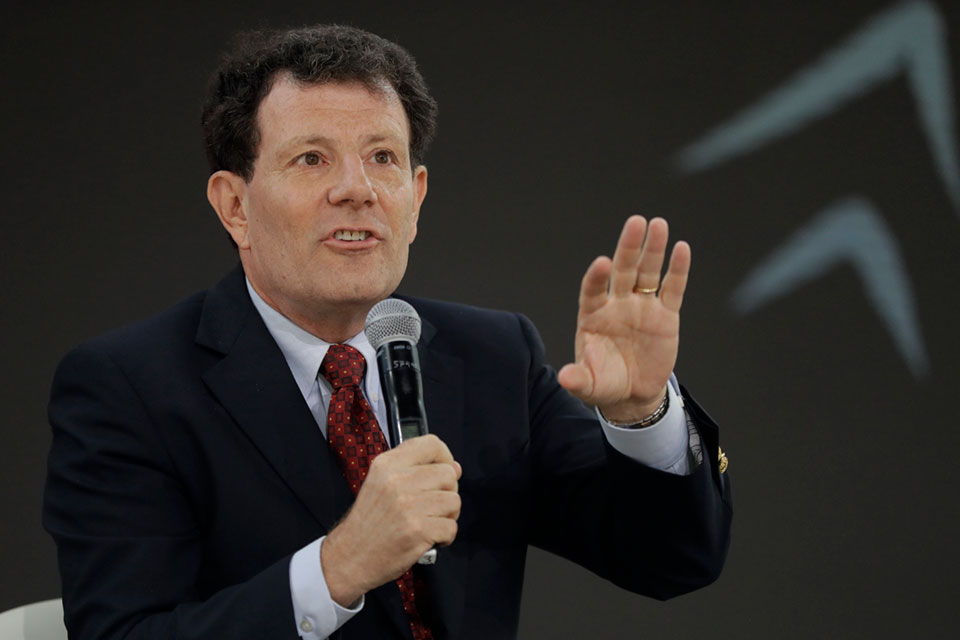 SALEM, Ore. (AP) — Former New York Times reporter and columnist Nicholas Kristof announced Wednesday he is running for governor of Oregon, the state where he grew up on a sheep and cherry farm.

Kristof, who left the newspaper earlier this month, wrote frequently about the economic and social problems of the people he grew up with in Oregon as the region's manufacturing and timber economy collapsed.

The political newcomer will run as a Democrat.

“It was hard to leave a job I loved, but it’s even harder to watch your home state struggle when you feel you can make a difference on issues like homelessness, education and good jobs,” Kristof, 62, said on Facebook.

He faces a crowded Democratic field, with Oregon House Speaker Tina Kotek and state Treasurer Tobias Read already among the gubernatorial candidates for the 2022 race.

Kristoff was raised in Yamhill, Oregon, a town of about 1,200 people about 40 miles (64 kilometers) southwest of Portland, and went on to become a foreign correspondent and columnist.

About a dozen Republican candidates have also said they will run.

Democrats in Oregon have overwhelming majorities in the Legislature and the party has held the governor’s office since 1987.