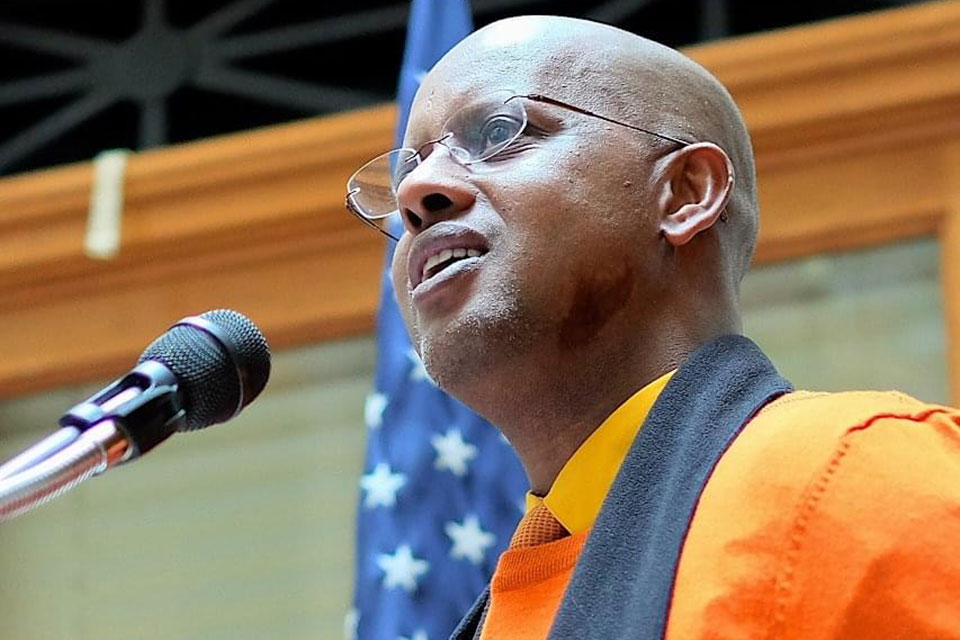 PORTLAND, Oregon – State Sen. Kayse Jama has announced his intent to run to retain his seat in Oregon Senate District 24 (East Portland and North Clackamas). Kayse Jama was unanimously appointed by the Multnomah and Clackamas County Commissions to his seat in 2021 after over 20 years of community work.

“I am running for election to the seat I was appointed to earlier this year because I believe we can shape an equitable, inclusive system that works for women, people of color, indigenous people, immigrants and refugees, LGBTQ+ folks, people with disabilities, working-class families and rural communities,” said Senator Jama.

“I know when we work side-by-side, we can face any crisis.”

Since his appointment, Jama has worked to address the systemic inequality that Oregonians have faced, particularly among immigrant and refugee communities. Additionally, he worked to address issues stemming from the COVID-19 pandemic, a worsening state housing crisis, and racial injustice. Jama pledges to continue this crucial work in his next term.

In his first legislative session, Jama pushed for significant and impactful policy initiatives including:

I am honored to support Kayse’s reelection campaign. From day one, he’s been a valuable addition to the Oregon Senate and I look forward to his continued leadership on behalf of this community, ” said Multnomah County Chair Deborah Kafoury. “Kayse’s commitment to housing affordability, expanding access to addiction treatment, and creating equity for impacted communities are exactly why we need him in the Senate.”

“First as a community activist and nonprofit leader, and now as the Senator for one of the most diverse legislative districts in Oregon, Kayse Jama has been an exceptional champion for those who are too often overlooked in our political process,” said Multnomah County Commissioner Susheela Jayapal. “I am excited to see what Kayse will do in this campaign.”

“I have witnessed first-hand how Senator Jama has led with integrity and unflinching determination in the Senate,” said Senator Kate Lieber (SD 14).

“He has a unique ability to bring community members and lawmakers together to push for solutions that best serve all Oregonians, always centering the most vulnerable. Senator Jama's perspective, leadership and skill have served his district and our entire state well, and I am thrilled to support his campaign."

About State Senator Kayse Jama: Sen. Jama represents SD 24 (East Portland and North Clackamas) and serves as the chair of the Senate Committee On Housing and Development. He was the first former refugee, Muslim, and Somali-American to serve in the Oregon State Senate. Before his appointment, Sen. Jama was a prominent community organizer and Executive Director of Unite Oregon.