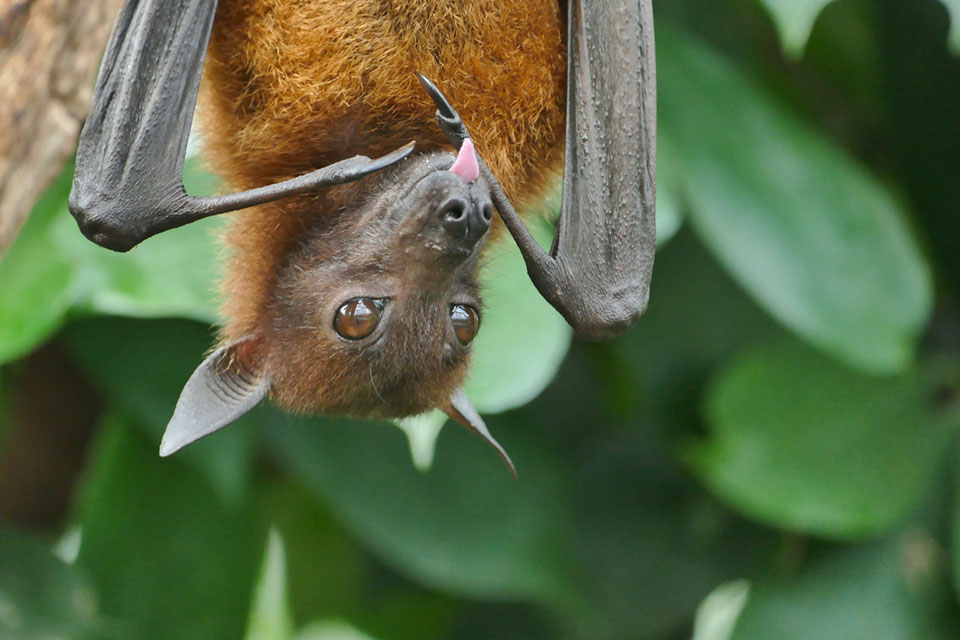 Multnomah County has no record of a human case of rabies.

“Rabies is a deadly disease. Fortunately it's rare because of the requirement for pets to be current on rabies vaccine,” said Multnomah County Communicable Disease Services Manager Lisa Ferguson. “Please make sure your pets are up to date on their vaccines so they are protected. And if you see a bat, avoid it. If you think you may have been bitten, scratched or are concerned about contact with a bat, report it because you may need just-in-time rabies vaccines.”

The bat was discovered in Northeast Portland after a dog was found playing with it. The dog is up-to-date on its rabies vaccine, received a just-in-time rabies booster and will complete a 45-day at-home quarantine.

Rabies is a viral disease of mammals that attacks the nervous system. Rabies symptoms in wildlife include lethargy, walking in circles, loss of muscular coordination, convulsions, irritability or aggressiveness and disorientation.

Animals typically acquire rabies by eating or coming in contact with a rabid bat. Relatively few bats in Oregon have rabies, and rabies in other wildlife is even more rare. About 8 percent of the bats tested in Oregon are found to have rabies, according to the Oregon Health Authority. So far, in 2021, 10 other bats in the state have tested positive for the virus.

Bats are nocturnal animals, and spotting one during the day could suggest the bat is sick. Sick bats are more likely to be sedentary, or may be seen flopping around on the ground or otherwise acting unusual. If you find a sick bat or other sick wildlife on your property, take children and pets indoors and do not handle the animal without protection.

Check out the CDC’s advice on how to capture a bat.

Anyone who finds a dead bat should use a disposable container with a lid to scoop the animal into the container and dispose of it in the trash. But if you know or suspect the bat had contact with a person or pet, the bat should be tested for rabies.

How bats help our environment

Oregon State’s Roger Rodriguez, who has studied bats for 20 years and received his share of bites, encouraged people not to be overly fearful of bats and to appreciate how they help the environment. Anyone who hates mosquito bites can thank a bat for chowing down on the insects, for example. And bats are a major agricultural pest controller, he said. In fact, one study estimated bats are worth more than $3.7 billion in pest control services for the agricultural industry.