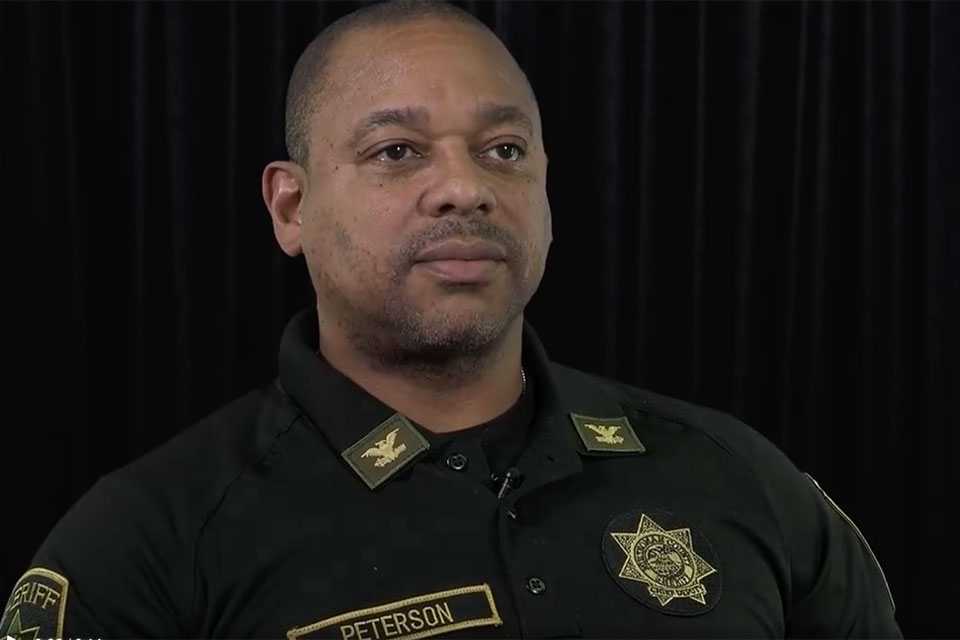 With a thirty-four year career in corrections Captain Derrick Peterson announces his campaign for Multnomah County Sheriff. Peterson is regarded locally and nationally as a subject- matter expert and a premier diversity trainer. As the President of the local chapter of the National Organization of Black Law Enforcement Executives he has held panels on police reform to help shape community involvement in policing. He also created a series called “Standing Together” focused on supporting BIPOC sworn and unsworn law enforcement personnel as they faced challenges from the murder of George Floyd.

“I grew up in North Portland and now I am seeing hundreds of young people impacted by our other pandemic, gun violence," said Peterson. "As the first Black man running for Sheriff I feel an urgency to work with the community to find a path forward for criminal justice reform, gun violence and the multitude of crises impacting our community. Reform will only take place if we have a culture shift in leadership and better align the values of law enforcement with the people of Multnomah County. We must restore public trust and a sense of safety for every person we are in service of from the neighborhoods to the schools to the courts. ”

As Multnomah County Sheriff Peterson will focus on 21st century policing for community success this includes: increasing programs for female identified adults in custody, correctional reform in order to address our homelessness and mental health crisis and the recruitment, training and retaining of the next generation of deputies.

Peterson grew up in North Portland and is one of 5 children. He attended Central Catholic High School and Portland State University where he received a Bachelor of Science in Administration of Justice. In his free time Derrick serves on the Board of Directors for the Social Sciences Department at Portland Community College and the Board of the Grace Collins Foundation. According to his campaign, Peterson entered corrections because he wanted to help people in their worst moments.