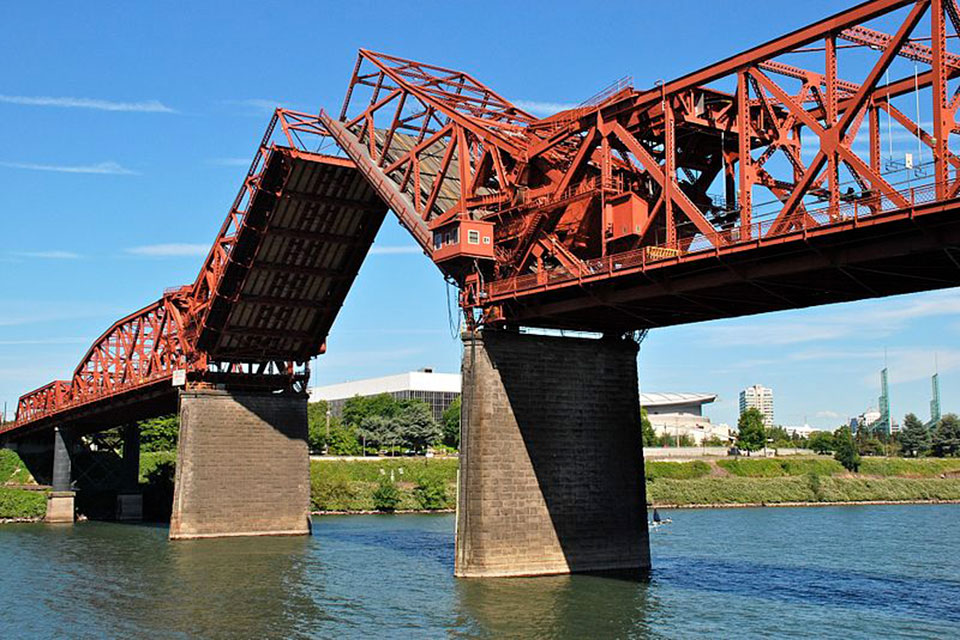 The Broadway Bridge will be closed to all traffic, including motor vehicles, bicyclists and pedestrians Saturday to Monday, September 18-20 from 6 am to 6 pm due to repairs to the lift span operating system. Multnomah County is upgrading the old computer system that operators use to open and close the 108-year-old drawbridge. The current system was installed more than 20 years ago and replacement parts are no longer made. The project is scheduled to be complete by the end of September.

During the closure crews will conduct numerous, extended test openings of the drawbridge and make adjustments to the new system as needed. The drawbridge will be in the open position much of the day.  The bridge will reopen to traffic each day by 6 pm.

The Steel Bridge is the nearest alternate crossing for bicyclists, pedestrians and motor vehicles. TriMet’s Broadway #17 bus will detour to the Steel Bridge during the closures. Portland Streetcar A and B Loop service will run across the Tilikum Crossing, turning back at NW 10th and NW Northrup on the west side and N Broadway and N Ross on the east side. For information about Portland Streetcar service, visit www.portlandstreetcar.org/alerts.

If the work cannot be completed this weekend, there is a possibility the bridge will be closed during the day the weekend of September 25-26. This will be confirmed early next week.

The Broadway is the third of four Multnomah County drawbridges to have its computer operating system replaced in recent years. The Hawthorne Bridge upgrade is scheduled for 2022. The Broadway Bridge is the largest drawbridge of its type, called a Rall Wheel Bascule, in the world.

Multnomah County maintains the Broadway Bridge and five other Willamette River bridges. For information visit www.multco.us/bridges or follow us on Twitter @MultCoBridges.