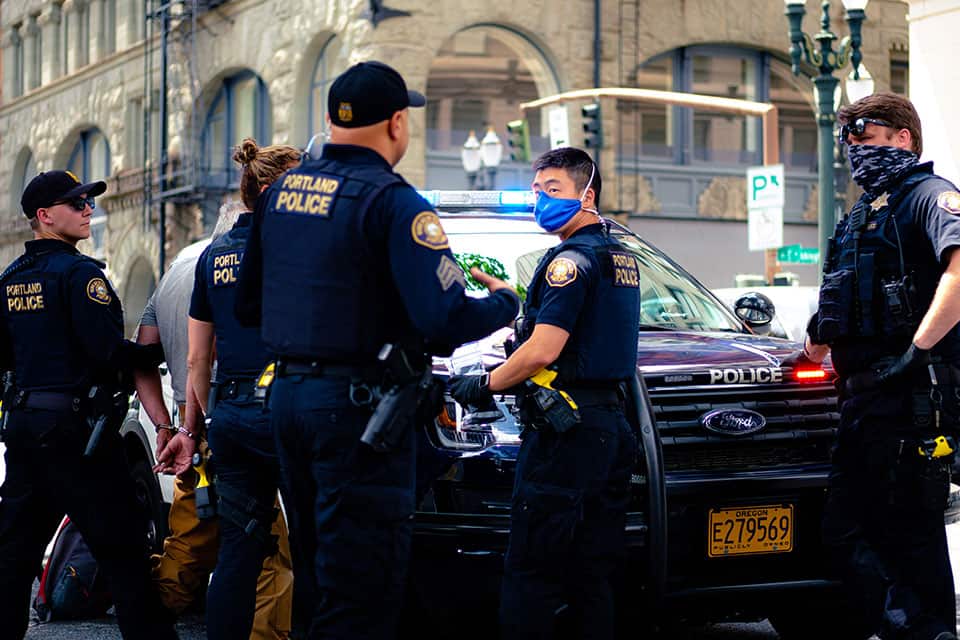 PORTLAND, Ore. (AP) — Officials from Oregon's most populous county — Multnomah — joined Portland on Thursday in exempting law enforcement from a COVID-19 vaccine order after county officials say a vaccination requirement for local officers is now legally dubious due to new guidance from the state health authority.

But new guidance from the Oregon Health Authority said law enforcement was “probably not” subject to the governor’s orders as providing medical care was “likely not a fundamental part of their job.”

Request for a new mandate

Multnomah County Chair Deborah Kafoury said on Thursday she had no choice but to exempt deputy sheriffs, parole and probation officers as “the state has tied our hands.” She called on the state to require vaccinations of local law enforcement, which would allow the county to move forward with their own vaccine mandate that encompasses law enforcement.

The governor’s office has not yet responded to any inquiry into whether such a legislative fix is being considered.

“We have asked — and are still asking — the state to require these vaccinations,” Kafoury said in a statement. “The Legislature is having a short session in a matter of days and could change this. We are not giving up.”

In the meantime, Kafoury said the county is working to possibly require unvaccinated county employees, including law enforcement, to be fitted for and wear an N95 mask.

The health authority's new guidance also caused confusion in Oregon’s largest city, where Portland Mayor Ted Wheeler announced on Wednesday that he would not be mandating the city’s police force get vaccinated.

“I am disappointed that we can’t hold all of our City employees to the same vaccine requirement,” Wheeler said in a statement. “However, state law prohibits us from requiring vaccinations for police officers unless there’s a federal or state law, regulation or rule that mandates they get vaccinated.”

Where vaccines are required

Currently, statewide, staff and volunteers in K-12 schools, health care workers and state employees are required to be fully vaccinated by Oct. 18.

The expansive rules mandate that all employers with more than 100 workers require them to be vaccinated or test for the virus weekly. And the roughly 17 million workers at health facilities that receive federal Medicare or Medicaid also will have to be fully vaccinated.

Biden is also signing an executive order to require vaccination for employees of the executive branch and contractors who do business with the federal government — with no option to test out.