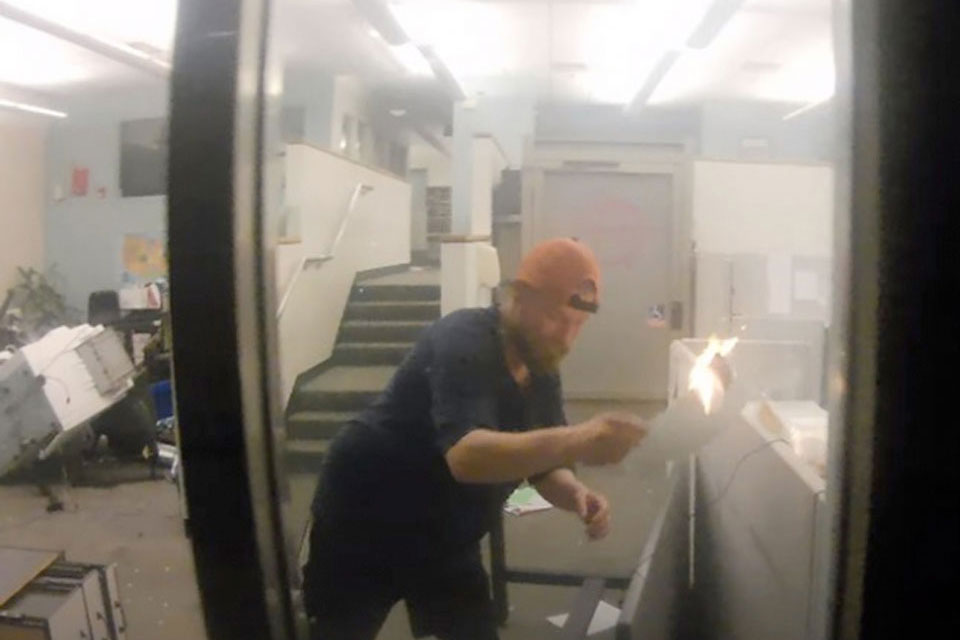 PORTLAND, Ore. (AP) — A Portland man has been sentenced to federal prison for committing arson at the Multnomah County Justice Center during a protest in May 2020.

Edward Schinzing, 33, was sentenced to 15 months in federal prison and three years of supervised release, The Oregonian/OregonLive reported. He also agreed to pay restitution to Multnomah County.

Schinzing was in a group of protesters that marched to the downtown Justice Center on May 29, 2020, the second day of protest in Portland after George Floyd, a 46-year-old Black man, was murdered by a Minneapolis police officer.

The group broke several windows at the Corrections Records Office of the building where three Multnomah County employees were working, according to court documents. Members of the group spray-painted the office, damaged computers and started fires.

Schinzing, who had a tattoo of his last name on his back, was seen on surveillance cameras spreading a fire by igniting papers and moving them into the drawer of another cubicle, court documents said.

The building’s sprinkler system extinguished the fire. The jail in the same building was housing about 289 people at the time, according to court documents.

Schinzing was indicted in August 2020 by a federal grand jury on one count of arson and pleaded guilty last September.

Other protesters who have faced federal prosecution for arson include Cyan Bass, who was sentenced to four years in prison for setting fire to the Justice Center and throwing a Molotov cocktail at police officers in September 2020. Of the 99 federal protest-related prosecutions as of Aug. 19, 50 were dismissed.