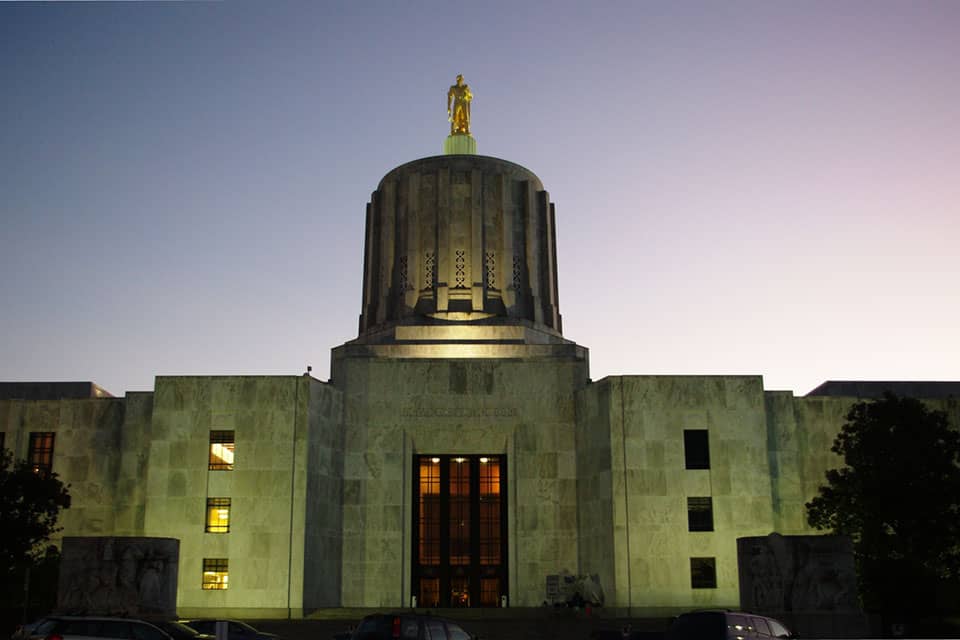 SALEM, Ore. (AP) — A lawsuit filed in Oregon Appellate Court last week is challenging the efforts of staff within Oregon’s Legislature to unionize.

Oregon Public Broadcasting reports the Freedom Foundation — a group that combats public sector unions in Oregon, Washington and California — is seeking judicial review of the state Employment Relations Board’s ruling that cleared the way for legislative staff to vote to unionize in late May.

Jason Dudash, Oregon director of the Freedom Foundation, said he believes the idea of a union is “fundamentally incompatible” with the work of the Legislature.

“Unionizing legislative assistants will compromise the integrity of the legislative branch and erode trust by the people toward their elected lawmakers,” Dudash said in a statement Friday.

The group argues that the bargaining unit representing legislative assistants is in conflict with the state law dividing power between Oregon’s three branches of government. The argument is nearly identical to one made by the Oregon Legislature itself last December when it objected to unionization efforts organized by staffer.

In May, legislative employees within Oregon’s Capitol voted to become the first in the nation to unionize, after a 75-31 vote by staff.

The unionization, which has been informally discussed for years, meant that 180 Capitol aides would be joining International Brotherhood of Electrical Workers Local 89 and can begin taking steps toward bargaining with the Legislature on a contract for the first time.

Legislative aides help lawmakers with scheduling, keeping track of bills and votes, community relations, policy work and serve as liaisons between state agencies. The hours they work can be extended beyond the typical 9 a.m. to 5 p.m. as floor sessions and committee meetings can carry on into the night.