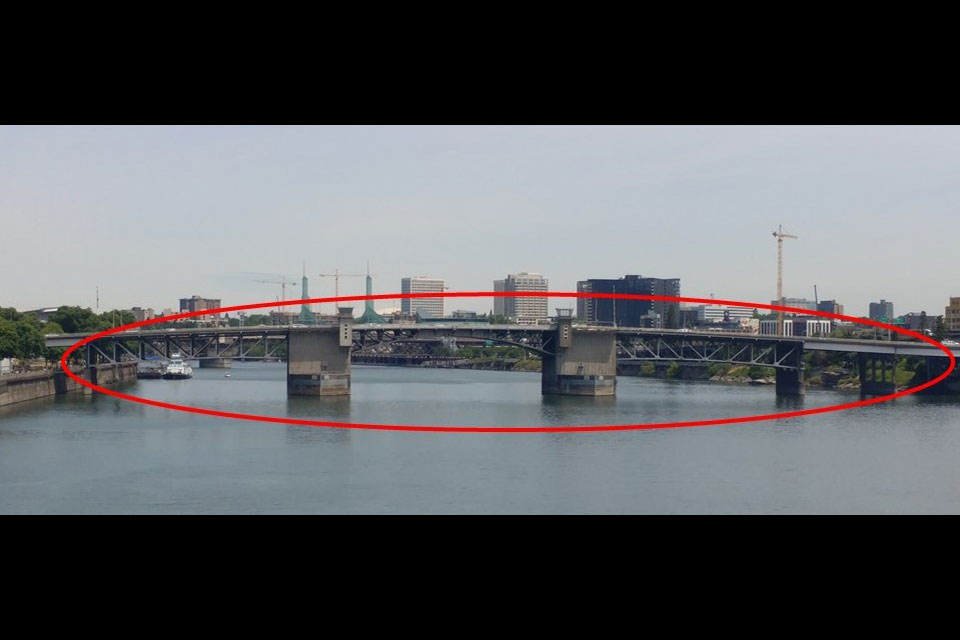 Multnomah County has selected Southern Road and Bridge of Tarpon Springs, Florida as the general contractor for the upcoming Morrison Bridge painting project. Bridge work is scheduled to begin in September 2021 and be completed in summer 2023.

Southern Road and Bridge submitted the lowest responsive (complete and accurate) bid of $18,243,777. Bids were submitted by six contractors.

Mindful of the environment

Amazingly, this will be the first time the Morrison Bridge river spans have been painted since the bridge opened 63 years ago in 1958. Steel bridges are typically repainted every 20 to 30 years. The contractor will remove the original lead-based paint from steel surfaces on the four river spans and the easternmost river span that extends over the Eastbank Esplanade.

The contractor will set up containment structures to ensure that old paint being removed and new paint being applied are not released into the environment. The areas to be painted are all below the bridge deck except for metal parapets and curbs along the bridge sidewalks of the lift span. The bridge will be repainted silver. Additional work on the topside of the bridge will include replacement of the sidewalk panels on the lift span, and cleaning of the canopies, handrails and exterior of the operator towers.

Steel bridges are repainted to prevent structural steel from corroding and losing strength. The upcoming project will identify and repair areas of steel that have corroded over time, such as areas where moisture is persistent.

The exact timing and sequencing of the work will be confirmed when the contractor submits a schedule in August.  The anticipated traffic impacts are:

During most of the project, four of the bridge’s six traffic lanes and the south sidewalk will remain open, as well as freeway and road onramps and offramps.