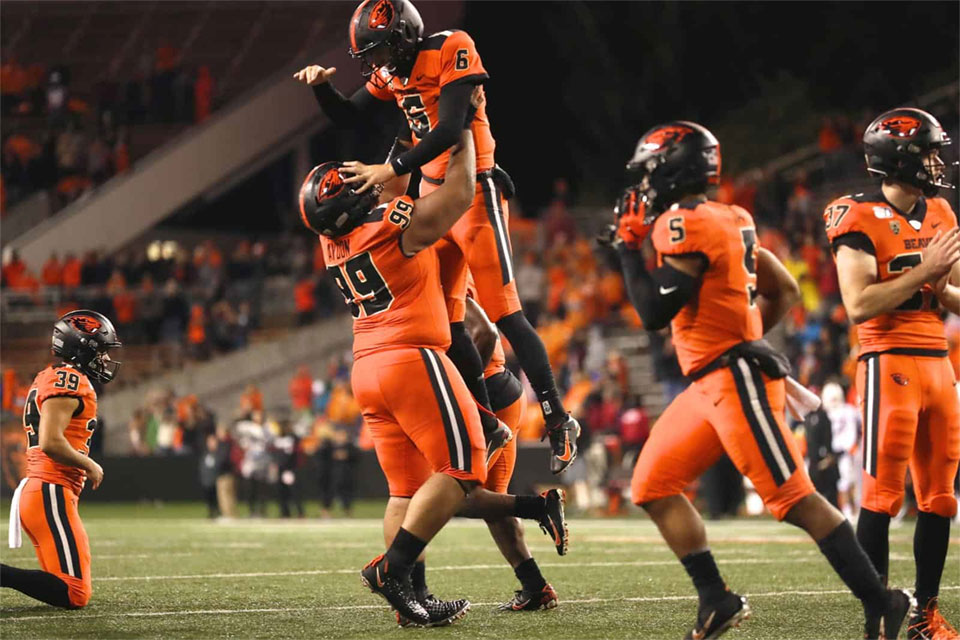 SALEM, Ore. - Today, Governor Kate Brown signed Senate Bill 5 into law, allowing college athletes at Oregon's public and private universities to receive compensation for use of their name, image, and likeness. The bill, championed by Senate President Peter Courtney and Senator James Manning Jr., was created with input from the Oregon college athletes and universities.

"This bill is historic... I wish Oregon was the first to do it," said Senate President Peter Courtney (D-Salem). "Our college athletes have not been treated fairly. They sacrifice everything for their universities... their bodies, their relationships, their academics. Meanwhile, the NCAA and universities are making millions off their hard work... from tickets, merchandise, and concessions, all the way to college enrollment."

"We are giving our athletes back what is rightfully theirs."

"Their names, their image, their likeness. This should have been done a long time ago. It should have come from the NCAA and our universities. This is just the beginning. We must keep working to make sure our college athletes are treated fairly."

Beginning July 1st of this year, college athletes are given the right to sign contracts that provide compensation for use of their name, image, and likeness, including through endorsement deals and appearance fees. College athletes will also be allowed to retain professional representation, increasing fairness during contract negotiations.

Oregon joins 7 other states on July 1st in being the first to enact name, image, likeness laws in the county. An additional 13 states have passed similar legislation that will take effect soon after.