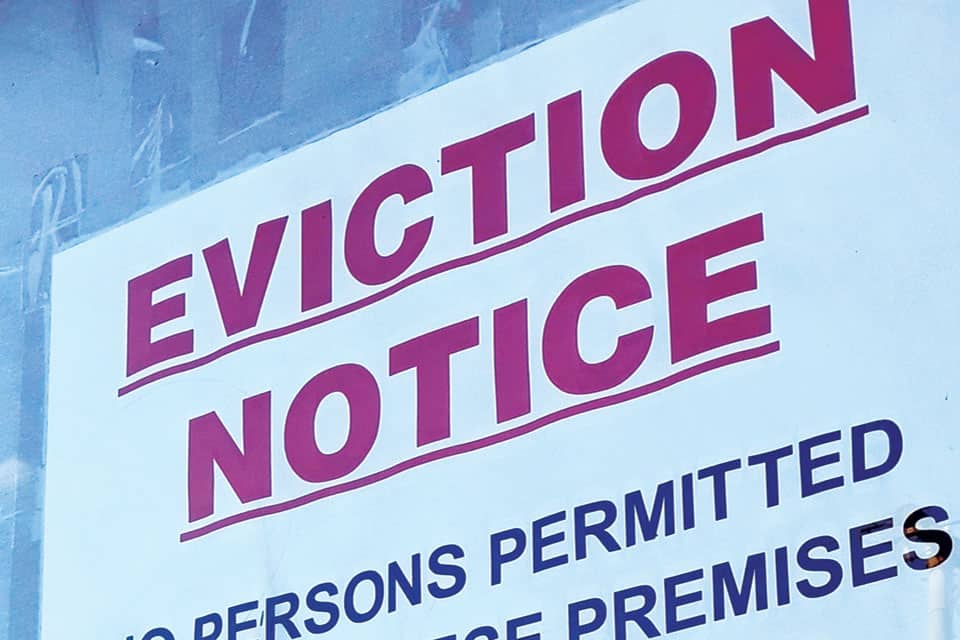 Editor's Note: This story has been updated with the newly extended federal eviction moratorium date.

PORTLAND, Ore. (AP) — With the federal eviction moratorium set to expire at the end of July, Oregon lawmakers passed an added safety net for struggling tenants on Tuesday that will “pause” some evictions.

Under the “Safe Harbor” amendment on Senate Bill 278 tenants who are unable to pay their July or August rent would not be evicted for 60 days if they provide proof to their landlord that they’ve applied for rental assistance through Oregon Housing and Community Services.

The amended bill, which passed in the House 56-2 and in the Senate 26-3, will head to Gov. Kate Brown's desk next to be signed.

An eviction moratorium has been in place in Oregon since April 2020. In addition, last month Oregon lawmakers voted to extend the grace period for past due rent during the moratorium, allowing tenants to have until Feb. 28, 2022 to pay back rent.

While the governor announced earlier this month that she was extending the state’s mortgage foreclosure moratorium through September, she said that she did not have the authority to extend the eviction moratorium.

“That means, by law, Oregon’s eviction moratorium will expire on June 30,” Brown said.

Officials have warned that as the moratorium expires the state would likely see a mass wave of evictions.

In May, 53% of Oregon renters who responded to a survey — or more than 27,000 renters — said that it was “very likely” or “somewhat likely” that they would be evicted from their home, according to the U.S. Census Bureau’s most recent Household Pulse Survey.

For weeks, state leaders have urged struggling tenants to apply to the state's rental assistance fund, which has $200 million in federal aid.

Based on data from Oregon Housing and Community Services, as of Tuesday 10,830 households have completed applications for rent assistance with the average request being $6,921.

While Oregon has hundreds of millions of dollars available to pay past due, and up to three months current rent for qualified tenants, high demand has created a backlog that will not be cleared before the eviction moratorium ends next week.

“The Legislature’s great work on the (eviction moratorium) was designed based on the reasonable assumption that federal rent assistance dollars would be in distribution in communities across the state by now, but that hasn’t happened,” Sybil Hebb, the director of legislative advocacy at the Oregon Law Center, said during a hearing on the amendment. “We know now that rent assistance dollars cannot be processed quickly enough to prevent evictions after the expiration of the moratorium.”

With the “Safe Harbor” amendment, lawmakers say not only will it give the state more time to distribute rental assistance, but that it would also keep tenants housed as they wait for the funds.