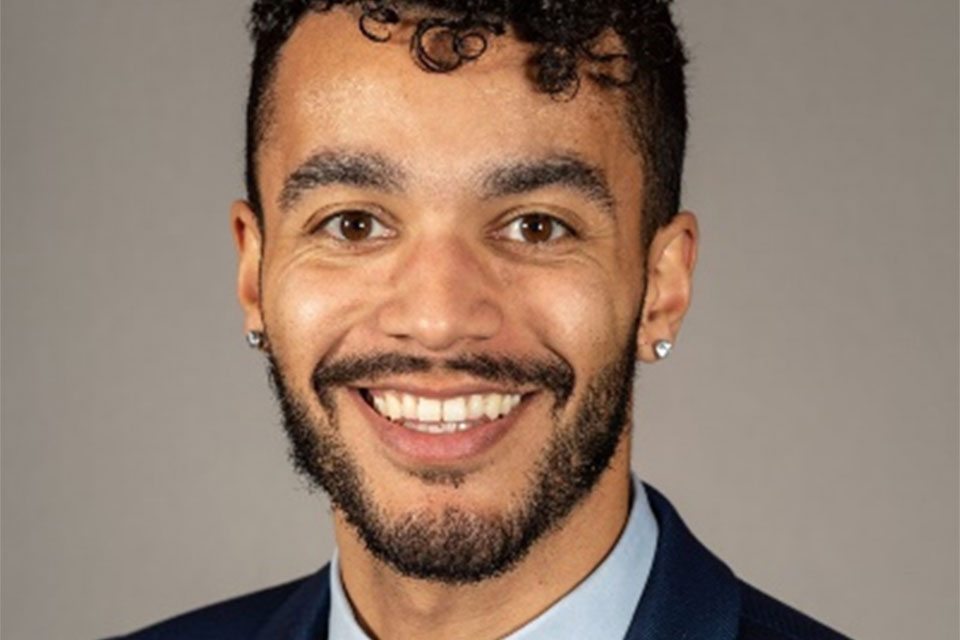 Shane Hervey was one of three 2021 Lundy Award recipients by the Oregon Academy of Family Physicians at the Academy’s Annual Meeting held virtually on April 24, 2021.

The Lundy Award was established in 2000 to honor Mary Gonzales Lundy upon her retirement after 21 years of service as Executive Director of the Academy. This fund provides scholarships to fourth year OHSU medical students who are entering family medicine residency. Hervey was chosen by the Trustees of the Oregon Academy of Family Physicians Foundation Board on the basis of leadership, service to the community, and an essay describing his path to family medicine. The essay also included lessons learned from patients and attributes that will make him a successful family physician.

Hervey grew up in Portland, Oregon after moving from Orange County, California at the age of 10.  After graduating from Ida B. Wells High School (formerly known as Wilson), he went onto earn a B.S. in Human Physiology with minors in Chemistry and Business from University of Oregon. While at University of Oregon, Shane was an Anatomy Teaching Assistant and Tutor. He also volunteered in the Emergency Department at PeaceHealth Sacred Heart Medical Center University District.

After college, Hervey worked two jobs, as an Emergency Department Scribe and a Physical Therapy Aide, in Mission Viejo, CA. He also served as a Steering Committee member on the Orange County Needle Exchange Program alongside his partner and soon to be co-resident, Kelley Butler. In 2017, he entered OHSU School of Medicine to pursue his dream of becoming a doctor.

While at OHSU, Hervey became involved in a variety of leadership and volunteer activities, including assisting with the creation of a White Coats for Black Lives Chapter at OHSU, facilitating a course on Microagressions in Medicine, co-founding OHSU Students Against Gun Violence, teaching cultural competency, serving on the Health Care Equity Week Planning Committee, representing OHSU as the Chapter President of the Student National Medical Association, which is dedicated to support underrepresented minority medical students, and volunteer mentoring local middle and high school students to increase engagement in the sciences of underrepresented minority students.

Hervey was also the sole student member on the Oregon Health Authority’s Oregon Health Care Workforce Commission, completed his clinical experience at North by Northeast Community Health Clinic, volunteered in Angola, and at the Southwest Community Health Clinic. He was a Diversity Enrichment Scholar while studying at Portland State University, prior to the University of Oregon.

Hervey has been accepted into the Family Medicine Residency Program at University of California at San Francisco where he will spend the next three years honing his skills as a family physician.