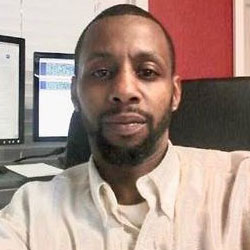 Darren LockettThe Portland Police Bureau, in partnership with Crime Stoppers of Oregon, is asking for the public's help to solve the May 2021 homicide of Darren Lockett.

On Saturday, May 29, 2021, at 1:05 a.m., Portland Police Bureau officers responded to a report of someone shot in the street near Southeast 132nd Avenue and Southeast Center Street. When officers arrived, they located an adult male suffering from an apparent gunshot wound. Paramedics responded to the scene and transported the victim by ambulance to a Portland area hospital, where he later died.

The Medical Examiner conducted an autopsy on the victim, 40-year-old Darren Lockett, and determined that he died as a result of a gunshot wound and ruled his death a homicide.

Crime Stoppers of Oregon offers cash rewards of up to $2,500 cash for information, reported to Crime Stoppers, that leads to an arrest in any unsolved felony crime and tipsters can remain anonymous. Anyone wishing to submit a secure and anonymous tip regarding any unsolved felony crime should visit http://www.crimestoppersoforegon.com/ or visit the App Store and download P3 Tips for your smart phone or tablet. The case of Darren Lockett is Crime Stoppers case #21-14.

Crime Stoppers of Oregon is funded 100% by community donations.

Approximate location of where Darren Lockett was found shot: