Following Manchin Statement on For the People Act, Merkley Vows to Not Give Up on American Democracy 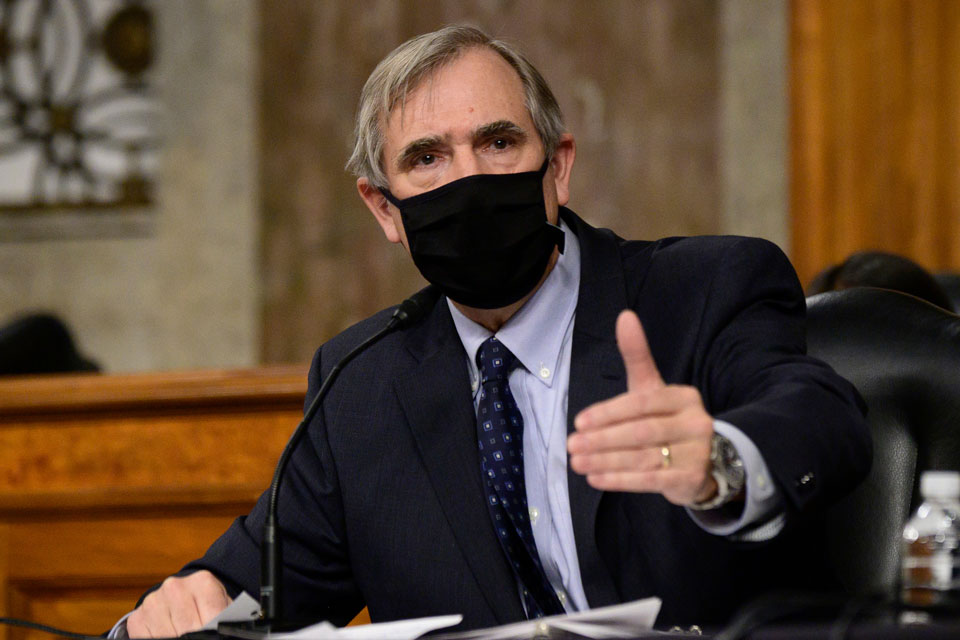 WASHINGTON, D.C. – Oregon’s U.S. Senator Jeff Merkley—the lead sponsor of the For the People Act—released the following statement today after U.S. Senator Joe Manchin (D-WV) announced that he will block the legislation, which has the support of a supermajority of Americans and is desperately needed to tackle voter suppression, eliminate partisan gerrymandering, and shine a light on the influence of powerful and privileged interests in politics:

"The For the People Act is popular among Democrats, Republicans, and independents all across the country.

“It is popular because Americans love the vision of government of, by, and for the People, and that means ending the deep corruption that comes from gerrymandering, billionaires buying elections, and attacks on the freedom and right of every American to vote.

“I wish with all my heart that this bill weren’t necessary, or that Republicans in the Senate would join us in defending Americans’ right to vote. But in the face of a coup attempt incited by a president trying to overturn an election and a nationwide attempt to ensure that the will of the voters does not determine the outcome of future elections, I am dead set against doing nothing.

“As I have told all my colleagues many times, I am open to any conversation about the provisions of this bill, and will not give up on American democracy.”