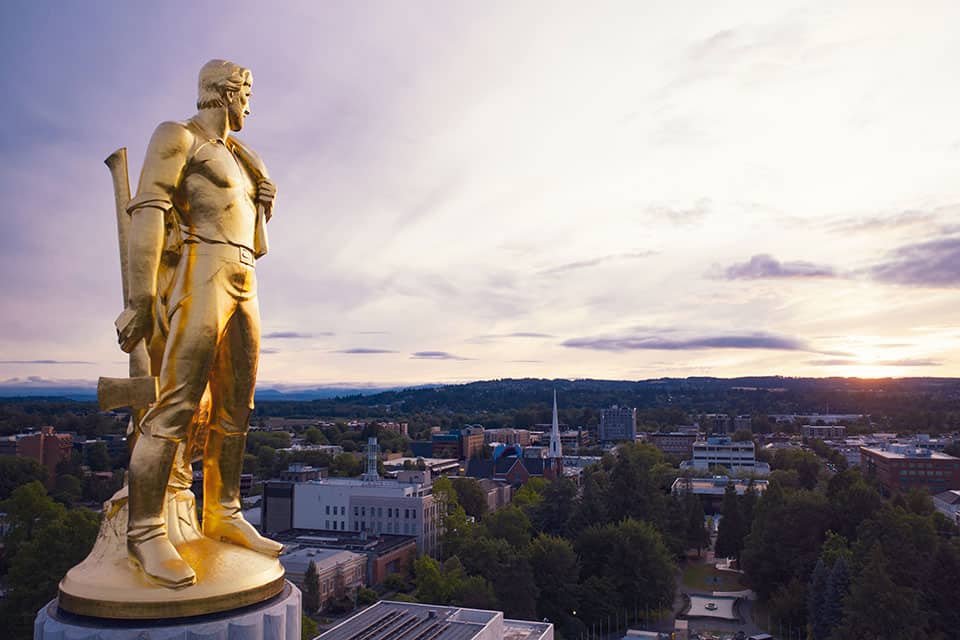 SALEM, Ore. (AP) — Advocates for over 200 people found guilty of crimes by Oregon juries that weren’t unanimous said Monday that they will keep fighting to have the convictions vacated after the U.S. Supreme Court ruled that those people don’t need to be retried.

The high court made that decision Monday after barring convictions by non-unanimous juries a year ago. Oregon and Louisiana were the only two states that had allowed such convictions.

Now, juries everywhere must vote unanimously to convict. The high court's 2020 decision affected defendants who were still appealing their convictions but not those who had exhausted their appeals.

The Criminal Justice Reform Clinic at Lewis and Clark Law School in Portland has been leading efforts in Oregon on behalf of prisoners with no appeals left. Its director, Aliza Kaplan, said the clinic will keep at it despite the new Supreme Court ruling.

“So we just keep proceeding as we were, which is through our state court system. Our state courts ... are not bound by any federal test,” Kaplan said in a telephone interview.

“My office remains committed to reviewing every case presented to us that involves a request for a new trial ... and will be working expeditiously on a plan for addressing these cases going forward,” Rosenblum said.

Kaplan said the non-unanimous jury system was based on Oregon’s racist past and that such convictions disproportionately affected people of color.

Of the 226 cases with no appeal remaining that the law clinic knows about, 17% involved Black petitioners in a state where Black people make up only 2% of the population.

Digging back into old cases will often be problematic.

One of the oldest Oregon cases with a non-unanimous conviction and no appeals remaining is a defendant who was tried in 1983, according to Laney Ellisor, staff attorney with the Criminal Justice Reform Clinic.

“All the attorneys on his trial case have passed away,” Ellisor said.

The judge and court reporter are both in their 70s and don't remember it, Ellisor said. All the transcripts have been destroyed.