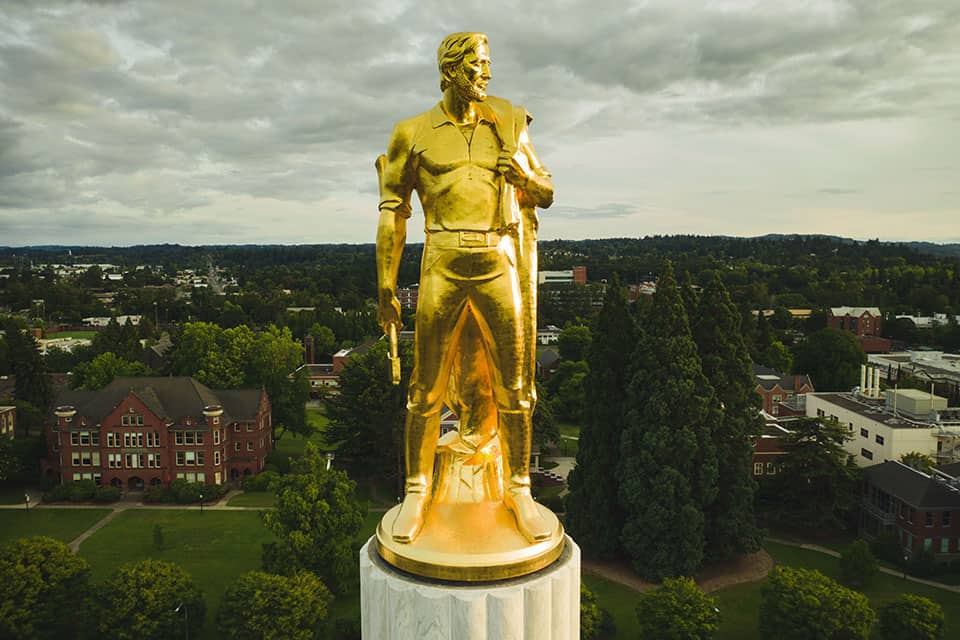 SALEM, Ore. (AP) — A bill that would reinstate Oregon's moratorium on foreclosures for those experiencing financial hardship during the coronavirus pandemic passed the state Senate on Monday.

The bill, which would allow homeowners to put their mortgage in forbearance at least through June 30, passed on a 19-9 vote and now moves to the House. The previous state moratorium expired at the end of 2020, but many homeowners continued to struggle to catch up on mortgage payments.

The bill could be extended until the end of the year if Gov. Kate Brown lengthens the statewide emergency period.

During the COVID-19 pandemic, the state’s ongoing housing crisis has only been exacerbated.

In late April more than 30,000 Oregon homeowners said they were not caught up on their mortgage payments, based on the U.S. Census Bureau’s most recent Household Pulse Survey.

Lawmakers have pushed the housing crisis to the forefront during this year’s legislative session.

Last week, they passed a bill that extends the time renters have the time to pay back rent, from July until the end of February 2022. That legislation is now on the governor's desk.

Last December, during a special legislative session, lawmakers extended Oregon’s eviction moratorium through June 30, 2021, and established a $200 million in relief for landlords and tenants. However, the foreclosure moratorium was not extended — leaving some homeowners concerned about how they would make their payments.

Many homeowners are currently protected from foreclosures by federal moratoriums and the CARES Act provide for protections for homeowners with a federally backed loan.

But a report from the National Housing Law Project states that about 30% of single-family mortgages, or roughly 14.5 million loans nationwide, are not backed or owned by a federal agency and not covered by the federal moratorium.