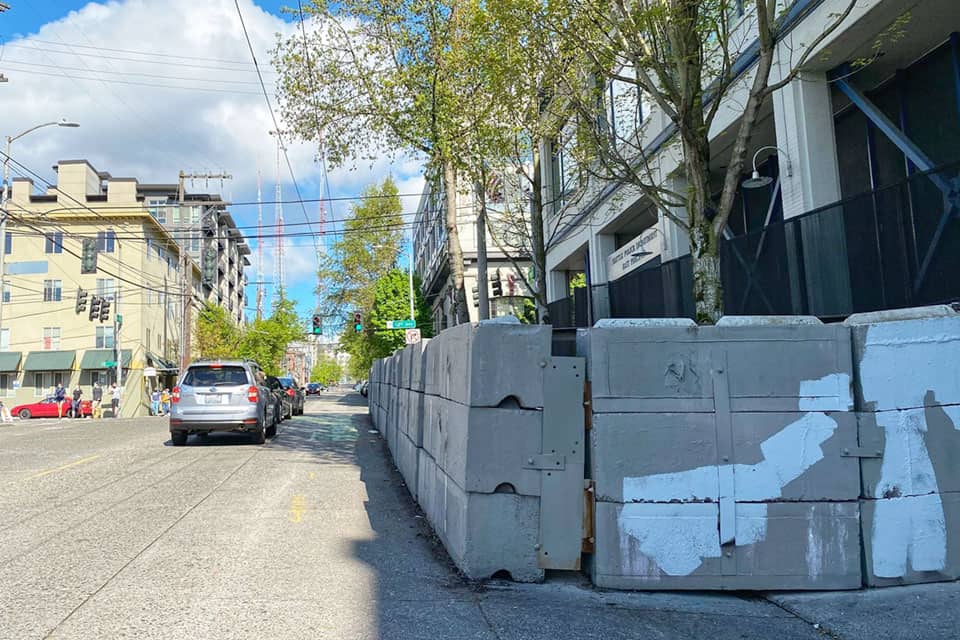 SEATTLE (AP) — A concrete wall put up around the Seattle Police Department’s East Precinct during last summer’s protests against police brutality on Capitol Hill has been removed and replaced by a tall security fence.

Police have said the barrier was constructed to fortify the building from damage incurred during protests following George Floyd’s murder by police in Minneapolis.

In a Wednesday statement, Seattle police said the city decided to take down the wall “after hearing from residents, business owners and community leaders in Capitol Hill.”

The less obstructive temporary fence was erected because of previous damage to the precinct, police said.

“We know now is a pivotal moment for our department, and we know the barriers around the precinct have been a stark visual reminder of the rifts that exist in our city,” the Wednesday police statement said.

“We know our department has more work to do.”

Seattle police declined to answer questions from the newspaper about how long the temporary fence would be up and how much it cost.

City workers assembled the concrete wall around the precinct building last August, after a 19-year-old man from Alaska was accused of setting a fire to the building while officers were inside.