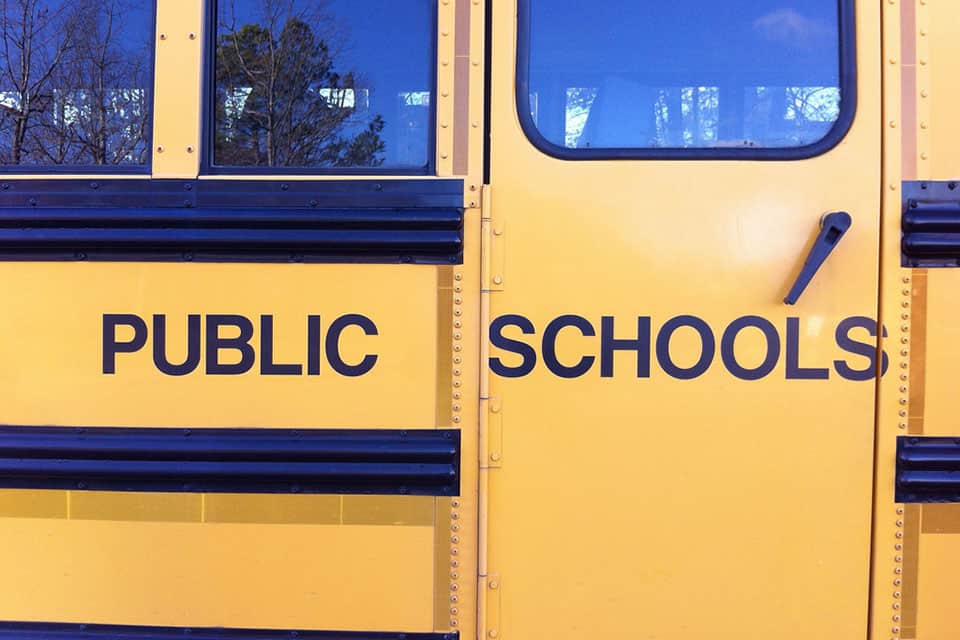 “Children riding a school bus throughout Oregon and nationwide should not be forced to breathe polluted air when heading to school in the morning and back home in the afternoon,” Wyden said. “As schools reopen to in-person learning after the pandemic, this legislation marks a key investment in kids’ health, especially in low-income neighborhoods and communities of color, while also tackling environmental racism and generating good-paying jobs in the 21st century.”

“Every child—regardless of the color of their skin, their zip code, or how much money their parents make—should be able to travel to and from school without having to be exposed to toxins and dangerous air pollution that drives asthma and other diseases,” said Merkley, who serves on the Senate Environment and Public Works Committee and is a member of the Senate Environmental Justice Caucus. “There's no reason nearly 25 million American kids should be exposed to pollution spewing from diesel school buses, and when we pass this bill they won't be.”

The Clean Commute for Kids Act responds to the fact that on a typical day before the COVID-19 pandemic, nearly 25 million American children face exposure to air pollution when they ride more than 500,000 predominantly diesel buses to school.

How will the funding be used?

The bill would authorize $25 billion over the next 10 years for the EPA, with assistance from the Department of Energy, to provide grants to replace existing buses with clean, zero-emission buses -- 40 percent of this funding would go toward replacing school buses serving environmental justice communities.

Funding awarded to school districts may cover up to 100 percent of the replacement costs of zero-emission buses, including acquisition and labor costs for charging infrastructure, workforce development and training, and planning and technical activity costs. This bill also directs the EPA to develop an outreach program to assist school districts in transitioning school bus fleets.

“Public schools are huge consumers of mass transit, and the challenge of getting students to school buildings in a more green, efficient way is one we must tackle immediately,” said Randi Weingarten, President of the American Federation of Teachers.

"This bill takes measurable, sustainable action to do just that, by assisting districts in a transition to domestically manufactured zero-emission school buses while protecting and creating jobs, maintaining workers’ rights, and ensuring high road labor standards in their manufacture, operation, and maintenance. It’s an important step toward making our school communities more sustainable overall.”

“Clean school buses are a vital part of ensuring climate pollution reductions and improving the health of students, one of the populations most impacted by climate impacts and poor air quality in the United States,” said Elizabeth Gore, Senior Vice President of Political Affairs for the Environmental Defense Fund. “This bill will increase the deployment of electric school buses and supporting infrastructure throughout the United States, especially in low-income school districts. It will also help scale up the ability of electric school buses to provide critical grid services which increases resiliency and can provide new economic opportunities for local communities.”

“The Clean Commute for Kids Act makes needed action possible by upgrading and replacing polluting school buses with clean vehicles, with a specific focus on Black and brown communities,” said Andrea Marpillero-Colomina, PhD, Clean Transportation Advocate for GreenLatinos. “These clean infrastructure grants will go a long way toward fighting smog and chronic respiratory conditions in Latino communities, where about 10 percent of children suffer from asthma. For more than 25 million American children and their communities, this legislation means a cleaner and safer ride to school.”

A copy of the bill is http://www.padilla.senate.gov/wp-content/uploads/MAZ21230.pdf">here.