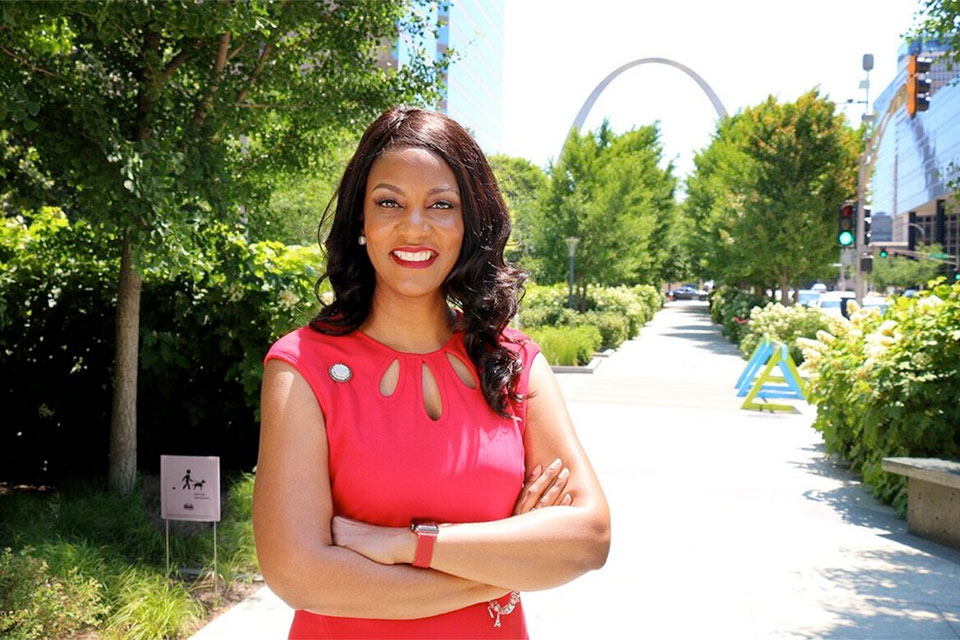 Let’s get to work. pic.twitter.com/rYWc470Ioi

This was Jones’ second mayoral run after losing her first campaign in 2017 to current Mayor Lyda Krewson, who recently announced her retirement. Jones’ defeated Alderwoman Cara Spencer by 2,280 votes, running a campaign of progressive values and an oath to reform and revitalize the city.

...breaking down the historic racial barriers

“This campaign can unequivocally say that we’ve begun breaking down the historic racial barriers and the racial divides that exist, and have existed for generations in our city...As a city, we’ve been surviving. We’ve suffered disinvestments, decades of violence, broken promises from our city’s leaders, who have bowed to the will of special interests and insider dealings. It’s time for St. Louis to thrive,” Jones said in her victory speech.

This year was the first that St. Louis shifted to its new nonpartisan voting system, allowing residents to vote for as many candidates as they want in municipal primaries, allowing the top two to move on to the general election. Jones has a lot on her plate when she takes office including the current COVID-19 pandemic, addressing issues with the city jail and reforming city policing, and dealing with an increase in violent crime.

Jones has also promised to distribute the more than $500 million expected from President Biden’s economic stimulus package to organizations that need it the most “with an eye towards equity.” Her plans for the federal funds include rental and mortgage assistance, expanding small business grants, setting up emergency shelters, increasing vaccination clinics, investing in treatment for substance abuse and mental health and increasing social service funding among other things.

She's being lifted up by her community and peers on social media already:

It feels so good to vote for someone I believe in instead of merely against someone I don’t. pic.twitter.com/60dAIkTqL3

All in. My family and friends love you and all voted early...

Originally published on Because of Them We Can.