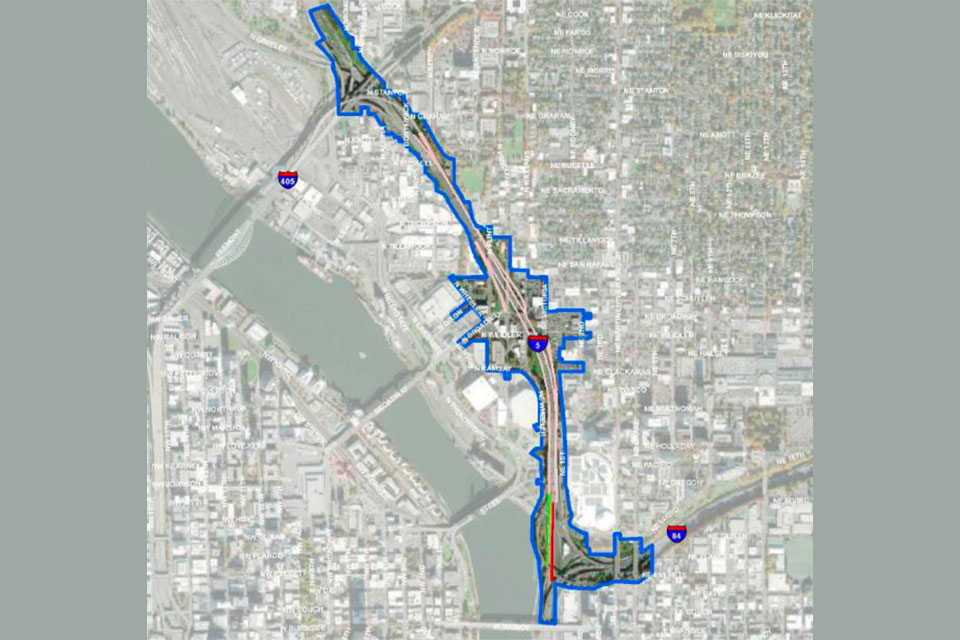 “Today is a historic day for anyone who believes that ODOT should be held to basic standards of community accountability and transparency,” said Aaron Brown, an organizer with No More Freeways. “ODOT has continued to blatantly hide and misrepresent their intentions with this proposed $800 million expansion in the backyard of Harriet Tubman Middle School. The public has every right to know the impacts this proposed freeway expansion would have on our neighborhood streets, on the lungs of our children, and the planet they stand to inherit. This lawsuit is our mechanism to try to force ODOT to answer to the community’s concerns.”

“Transportation infrastructure projects like the original I-5 freeway have created an environmental justice catastrophe for the surrounding Albina neighborhood,” said Mary Peveto, Executive Director for Neighbors for Clean Air. “Now, instead of learning from the past and putting community voices at the center of decision-making, ODOT is not only planning an expansion based on flawed analysis but looks to build it right at the backyard of Harriet Tubman Middle School, a historic and majority non-white institution that already has some of the worst air pollution in the state. We're eager to join this legal action to hold this agency accountable for the air pollution they are clearly intending to add to this already polluted neighborhood.”

"The Eliot Neighborhood Association has been fighting ODOT's proposed freeway expansion for over a decade.

"We're eager to support alternatives to freeway expansion that address the needs for restorative justice in this neighborhood,” said Allan Rudwick, Co-Chair of the Eliot Neighborhood Association. “We shouldn't spend a single dollar increasing pollution or prioritizing cars in a time of climate emergency. If close to a billion dollars is going to be spent in the area, we need to get immense returns on that investment. This project is already hindering development of the many vacant and under-utilized parcels in the area. If built, it would disrupt local traffic for several years and increase air pollution in our area for years to come."

Read The Skanner's story: New Advisory Board Announced in I-5 Expansion Project

Two years ago, ODOT published a draft Environmental Assessment for the proposed freeway expansion that was loudly derided by community groups. The agency hid numerous crucial documents from the public in their EA, including basic details about the width of the proposed freeway and the impacts to the air pollution at Tubman Middle School.

No More Freeways’ independent analysis of ODOT’s traffic projections found multiple egregious errors and outdated assumptions that were used to try to prop up ODOT’s dubious claims that this freeway expansion would be the first in North American history to reduce congestion, air pollution or carbon emissions. Dozens of local elected officials and community leaders issued statements demanding ODOT conduct a full EIS for the proposed expansion, with over 91% of the thousands of comments submitted to ODOT expressing opposition to the project. Community groups demanding a full EIS in 2019 included Audubon Society of Portland, OPAL - Environmental Justice Oregon, Oregon Walks, Portland's Planning and Sustainability Commission, and Business for a Better Portland.

Despite this outcry, last fall the federal government issued a Finding Of No Significant Impact (FONSI) to ODOT for the Rose Quarter Freeway Expansion. This week’s NEPA lawsuit challenges the federal government’s FONSI’s findings, arguing it violates NEPA. The lawsuit asserts that ODOT must conduct a full EIS, rather than a more truncated or shorthand EA, and that ODOT must fully evaluate alternatives to freeway expansion that will address traffic congestion, air pollution and carbon emissions.

Last week, No More Freeways sent a letter to Secretary Pete Buttigieg, detailing findings first published in Willamette Week last month about how ODOT has deliberately hidden from the public the width of the proposed freeway. No More Freeways believes this evidence is sufficient to require that the federal government withdraw their FONSI finding for ODOT’s expansion.

Plaintiffs in the case are represented by attorneys Sean Malone, the Law Office of Karl G. Anuta, and Oxbow Law Group’s Mike Sargetakis and Doug Hageman. The full complaint can be view here.