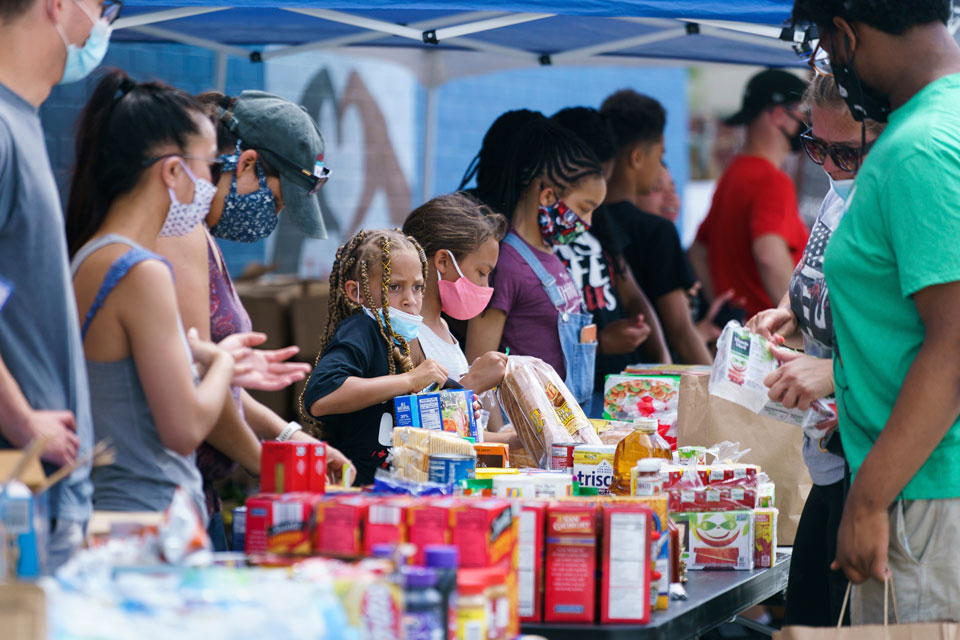 By The Skanner News
Published: 26 February 2021

Juneteenth is currently recognized by 47 states and the District of Columbia as an official state holiday or observance. In 1980, Texas was the first state to recognize Juneteenth as a paid holiday.

“We commemorate Juneteenth as the day that word of emancipation finally reached enslaved people in Texas in 1865, but we know the struggle for true Black liberation continues,” said Senator Markey. “For too long, we have tried to whitewash our nation’s history instead of confronting the uncomfortable and painful truth. This legislation to make Juneteenth a federal holiday is but one step we can take to begin to right the wrongs of the past and ensure equal justice in the future.”

“It’s long past time that we recognize Juneteenth—the oldest celebration of the end of slavery in the US—as a federal holiday.

"Last year we introduced the Juneteenth National Independence Day Act, and while it was blocked on the Senate floor, we’re not backing down. This is a bill with ample bipartisan support and I will keep fighting until it becomes law,” said Senator Smith.

“Juneteenth commemorates the day when enslaved Texans finally learned of their freedom from slavery, more than two years after the signing of the Emancipation Proclamation,” said Senator Booker.

“Today, we celebrate Juneteenth as a reflection of our ancestors’ strength, indomitable grace, and relentless hope.

"Our nation has so much work left to do in addressing the legacy and trauma of slavery and systemic racism that persists to this day. Making Juneteenth a federal holiday is long overdue and will represent a step forward in the path toward accountability, justice and healing.”

“Juneteenth honors the end of the years of suffering that African Americans endured under slavery and celebrates the legacy of perseverance that has become the hallmark of the African American experience in the struggle for equality,” said Congresswoman Jackson Lee. “Juneteenth celebrates African American freedom while encouraging self-development and respect for all cultures. But it must always remain a reminder to us all that liberty and freedom are the precious birthright of all Americans which must be jealously guarded and preserved for future generations. As it takes on a more national and even global perspective, the events of 1865 in Texas are not forgotten, for all our roots tie back to this fertile soil from which a national day of pride is growing. This is why we must establish the Juneteenth Independence Day, as a national holiday. And today we also pay special tribute to Opal Lee, the Grandmother of Juneteenth!”

A copy of the legislation can be found here.

“Juneteenth is a day my late husband, Rev. Ronald Vincent Myers, Sr., M. D., Founder of the National Juneteenth Observance Foundation and Father of The Modern-Day Juneteenth Movement, worked so feverishly to make into a day of observance.

"Like Flag Day, he wanted Juneteenth to be a day of celebration and education.

"He dedicated his life to lobbying the legislation for Juneteenth to become the holiday it has always been, America’s Second day of Independence. It was a battle few dared to fight. The load that was heavy to carry and the path was not easy to travel.  None of that deterred the man of God, my husband, from his faith nor the path that was laid before him. Dr. Myers believed and knew that June 19th and the 4th of July made the history of America’s freedom complete. I know that the man that I called my husband, my children’s father, and your Doc, is smiling from heaven knowing that finally Juneteenth is receiving the recognition it justly deserves.  It was a long time coming,” said Sylvia Holmes-Myers, widow of Rev. Ronald V. Myers, Sr., M.D., the founder of the National Juneteenth Observance Foundation.

“The hotel and lodging industry takes the issue of diversity and inclusion in our workforce very seriously. We are proud to be in the business of people taking care of people and always strive to represent a community as global as our guests. To meet this goal, The AHLA Foundation has announced a bold, $5 million commitment and 5-year action plan to advance diversity, equity, and inclusion throughout the industry. The Juneteenth National Independence Day Act, introduced thanks to the continued leadership by Senators Markey, Smith, and Booker is rooted in the spirit of hospitality and furthers these industry efforts to strengthen businesses, elevate employees, and better serve our communities,” said Chip Rogers, President and CEO of the American Hotel & Lodging Association.

"Spotify applauds the work of Senators Markey, Cornyn, Booker and Smith for their leadership in helping make Juneteenth a federal holiday. This significant national designation gives this day of freedom the proper commemoration, celebration and recognition it deserves,” said Horacio Gutierrez, Head of Global Affairs and Chief Legal Officer at Spotify.

"Creating a new national holiday for Juneteenth brings even greater meaning to the unifying power of travel—with the holiday having the potential to help the nation heal and create a more perfect union,” said Tori Barnes, U.S. Travel Association Executive Vice President of Public Affairs and Policy. “It also makes a lot of economic sense. According to our estimates, under normal conditions, a new holiday weekend in June would spur 46 million Americans to travel, which would generate $17.4 billion in travel spending—directly supporting 143,000 jobs and producing $2.7 billion in government tax revenue. In the end, it’s about appreciating our shared history and collective future, while furthering our commitment to listen, to educate, and to engage in necessary conversations. We believe this bill is a step in the right direction.”