Celebrating a Legacy of Non-violent Protests for Black History Month 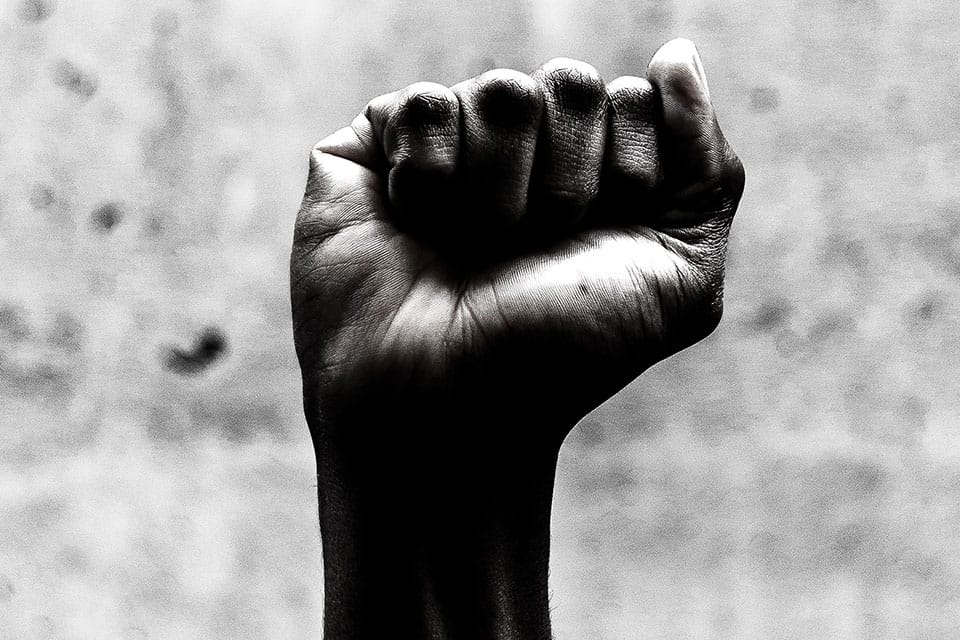 “We must not allow our creative protest to degenerate into physical violence.” – Dr. Martin Luther King, Jr.

The celebration of Black History Month comes within days of the national holiday commemorating the birth of civil rights icon, Dr. Martin Luther King, Jr., whose leadership story is even more amazing and inspiring in 2021 in the context of the January 6th, 2021 Insurrection on the U.S. Capitol.

The Rev. Dr. William J. Barber II, co-chair of the National Poor People's Campaign, has described the event as an "attack, fueled by hate, lies and racism, carried out at the behest of a narcissistic president and his enablers, who have followed a divisive political strategy that is as old as the deconstructionists of the 1870s and the Southern strategy of the 1960s."

This year's Black History Month is an opportune moment, especially for those who may be carrying a heavy heart over the anti-democratic events of January 6, to uplift and to celebrate the victories gained in the 1960s non-violent civil rights movement. The primary "weapons of protest" used against a racist and unjust society were kneeling, sitting, praying, singing, boycotting, peacefully marching and sit-ins. The protestors strategically organized with the strength of human dignity and an unbending respect for all human life, their own and that of all others.

American history records many peaceful civil rights protests led principally by Dr. King from the mid-1950s through 1968, the time of his death. One of the earliest memories is the 1955 Montgomery Bus Boycott. Lasting just over a year, the boycott was a protest campaign against racial segregation on the public transit system in Montgomery, Alabama. The protest began in December 1955, after African-American Rosa Parks was arrested for refusing to give up her seat on a bus to a white person. The next day, Dr. King organized a citywide boycott of public transportation which proved to be effective in causing the transit system to nearly run into bankruptcy. I recall seeing many documentaries and movies of the old buses running through the city literally empty. Their primary paying customers became their primary boycotters, Black Alabamians. Eventually, in June 1956, a federal court found that the laws in Alabama and Montgomery requiring segregated buses were unconstitutional. The boycott's official end signaled one of the civil rights movement's first victories. Indeed we celebrate the fact that as a non-violent protester, "Rosa sat while Martin organized." While the words sound simple enough, these non-violent actions changed the course of American history in the fight for equality for Black Americans.

In recounting the legacy of non-violent activism, the Civil Rights Movement takes us to the Birmingham Campaign of 1963. This decisive protest lasted about two months and was led by local Black leaders in the Southern Christian Leadership Conference (SCLC). Their purpose was to end the de jure racial segregation in Birmingham, Alabama's public facilities. When businesses refused to change their policies, protesters held sit-ins and marches with the intent of getting arrested. Dr. King encouraged these nonviolent tactics so that the city's jails would overflow to capacity. Police used high-pressure water hoses and dogs to control protesters, some of whom were children. Still, they responded with non-violent resistance. By the end of the Birmingham campaign, many of the segregation signs at Birmingham businesses came down — "Whites Only, Coloreds Enter in the Back." Of the non-violent tactics used in this protest for racial and social justice for Blacks, Dr, King said this: "The purpose of ... direct action is to create a situation so crisis-packed that it will inevitably open the door to negotiation." Of course, he was speaking of peaceful negotiation.

One other civil rights moment that America will always remember and celebrate during Black History Month, and hopefully throughout the year, is the "March on Washington" for Jobs and Freedom, 1963. The purpose of the march, which drew over 250,000 peaceful protesters of all ages, races and ethnicities, genders and spiritual beliefs from across the country, was to advocate for civil and economic and rights of Black Americans. At the march, Dr. King was the final speaker who stood in front of the Lincoln Memorial and delivered his historic "I Have a Dream" speech. Victories of peaceful protests became greater possibilities as the civil rights movement advanced forward from 1963.

This remarkable legacy of non-violence has given America much to celebrate, yet an even greater urgency to continue the "peaceful" campaign for an America where all people can live with equality and human dignity.

'Standing on My Sisters' Shoulders' Screening and Discussion

In the era of Zoom meetings, The Democratic Party of Oregon (DPO) Black Caucus is proud to celebrate with ALL of Oregon, the screening of the award-winning documentary, "Standing on My Sisters' Shoulders." In sponsorship with the Greater Portland Chapter, National Organization for Women (GP NOW), we can think of no better way to honor the commitment and non-violent leadership of many of the most courageous of Mississippi's civil rights heroines. Our caucus can only imagine their pride in the historic election of America's first Black and Asian American Vice President, the Honorable Kamala Harris.