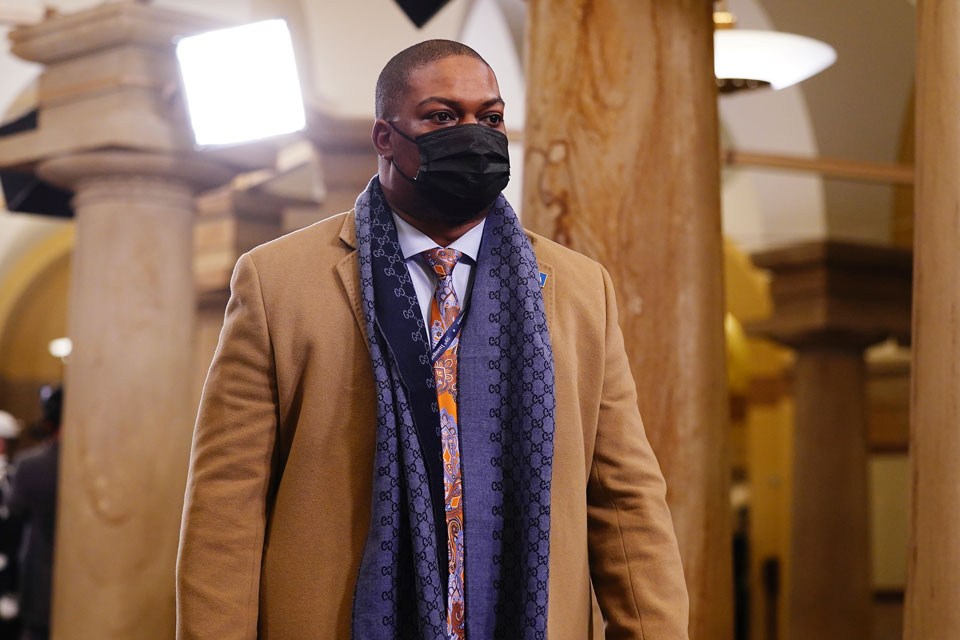 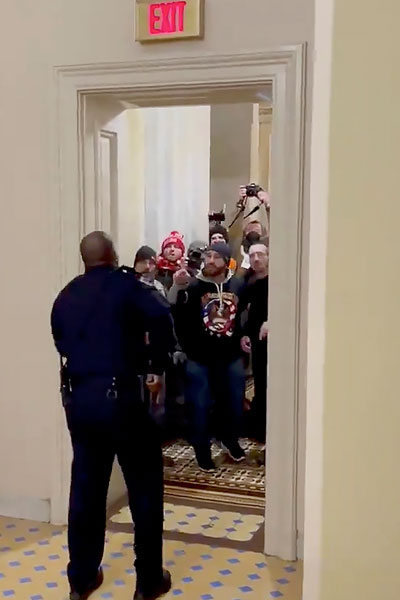 In this image made from video and provided by HuffPost, Capitol Police Officer Eugene Goodman speaks to an angry mob inside the U.S. Capitol in Washington on Jan. 6, 2021. One bright spot in all the chaos and anger from last week's mob siege at the U.S. Capitol was Goodman confronting a mob and retreating, risking his life to perhaps save the U.S. Senate. (Igor Bobic/HuffPost via AP)WASHINGTON, D.C. — In response to news that members of Congress introduced a bipartisan bill to award the Congressional Gold Medal to U.S. Capitol Hill Police Officer Eugene Goodman, the Black officer who diverted a white mob away from the unprotected Senate chambers during the violent Jan. 6 attack at the U.S. Capitol, People For the American Way President Ben Jealous released the following statement:

“In the face of an angry mob and violent insurrectionists who charged into the U.S. Capitol carrying Confederate flags and wearing Nazi symbols, U.S. Capitol Police Officer Eugene Goodman demonstrated exceptional valor as he selflessly carried out his duty to protect and serve. He demonstrated the outstanding moral character, courage and bravery we need in our public servants. Officer Goodman deserves not just the Congressional Gold Medal, but the respect and gratitude of all of us.

About People For the American Way

People For the American Way is a progressive advocacy organization founded to fight right-wing extremism and build a democratic society that implements the ideals of freedom, equality, opportunity and justice for all. We encourage civic participation, defend fundamental rights, and fight to dismantle systemic barriers to equitable opportunity. Learn more at www.pfaw.org.