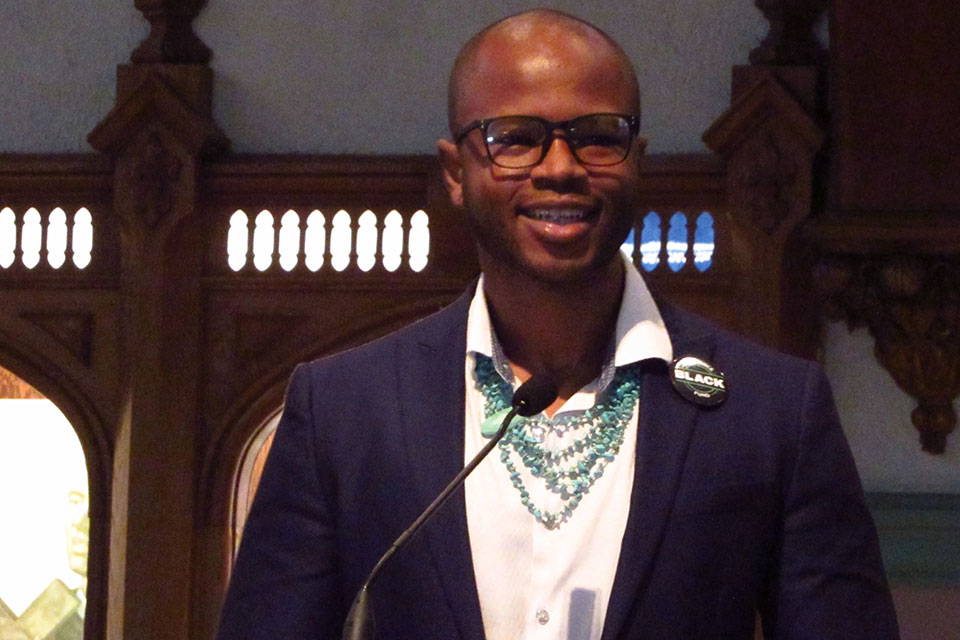 Introducing the ceremony, committee co-chair John Wolfe, described the tradition of these awards as a sign of the “dream of cultural plurality and race harmony” that Dr. King worked so hard to bring about. 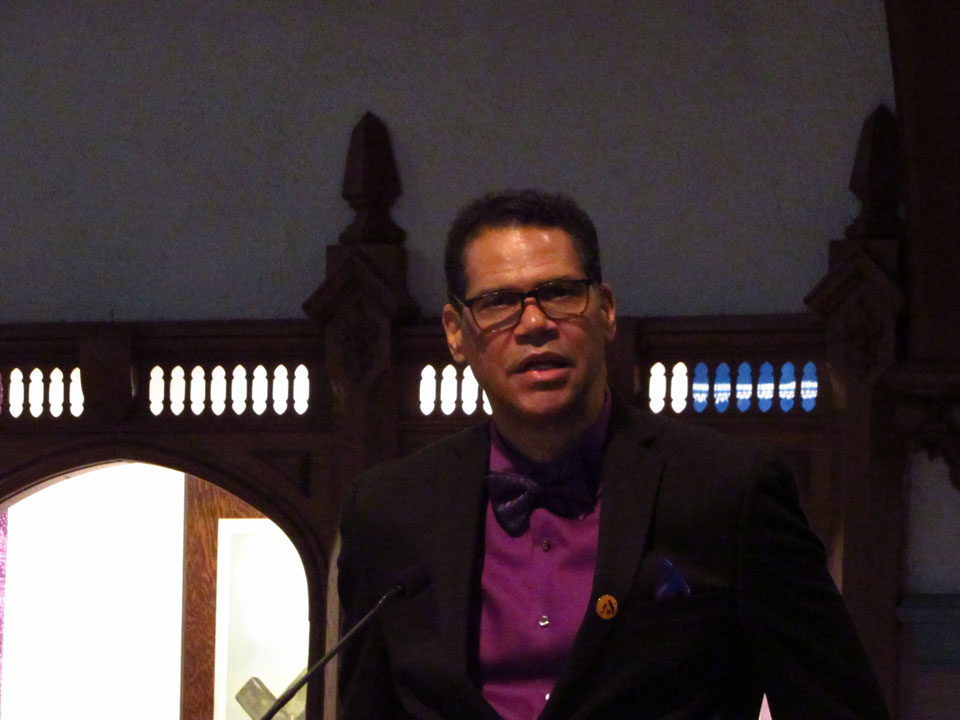 Cyreena Boston Ashby, in introducing whitten, whom she had nominated, recounted how he founded the Black Resilience Fund in June 2020, as a call to action following George Floyd’s murder. Originally, whitten and co-founder Salomé Chimuku hoped they could raise $5,000 to help Black Portlanders with emergency expenses; to date, the fund has raised $2.5 million. Cyreena also cited whitten’s tireless advocacy work for affordable housing, racial justice and the rights of the LGBTQ community in Portland, ending her remarks by describing his “warm presence and transparent, generous, giving spirit.”

Accepting the award, whitten talked about the racism and violence that threatens both “the vision of the egalitarian America we all want to see” and our common “hope that someday we shall overcome.” In 2018, whitten founded Brown Hope, a nonprofit aimed at lifting up Black, Brown, and Indigenous people in Oregon who have faced the “dual storms of systemic racism and the pandemic.” He has since folded the charitable work of the Black Resistance Fund into Brown Hope, which sponsors other projects of healing, leadership and community-building. 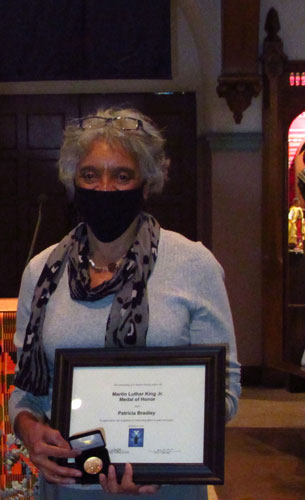 Trish Bradley’s service has included co-chairing the Capital Campaign as it raised nearly $3.5 million dollars for a new community center, as well as teaching the beauty of diversity to young children preparing for First Communion. Over the years, she has chaired the parish Personnel Committee, was a charter member of the MLK Awards committee, served two terms on the Pastoral Council, one term on the Administrative Council, and co-chaired an after-mass community Forum exploring ways parishioners can work for justice across a variety of issues.

Accepting the award, Bradley talked about those in the congregation who “lived through the civil rights movement as teens or as young adults in the sixties and seventies.” A younger generation, she pointed out, imagines that the movement is over with. “It’s still going on, and each of us has a role to play in it,” she insisted. The rights that Dr. King fought for, “those rights are fragile. . .and it’s up to each of us to be vigilant.” Quoting John Lewis’ “Democracy is not a state; it’s an act,” Bradley urged listeners to act with peace, information and persistence.

The spirit of Martin Luther King, Jr. was powerfully evoked by guest speaker Marilyn Keller, who reminded listeners of Dr. King’s work as a community organizer and skillful strategist, and read his six key principles of nonviolence. She recommended close study of his first book, Stride Toward Freedom and of his landmark speeches collected in A Call to Conscience. Keller, who is a well-known Portland singer, ended her beautiful reflection with Dr. King’s own words. Reciting from the speech he gave the night he was killed (“Like anybody, I would like to live a long life. . .”), Keller captured the cadence, power and awesome courage that have inspired and moved us for so many years.

For most of the 25 people who had reserved seats for this mass, it was the first time back inside the church since March 2020. The small group of believers, scattered across the largely empty sanctuary, sang the closing hymn, “We Shall Overcome, yearning for the day when we can again hold hands and sing.