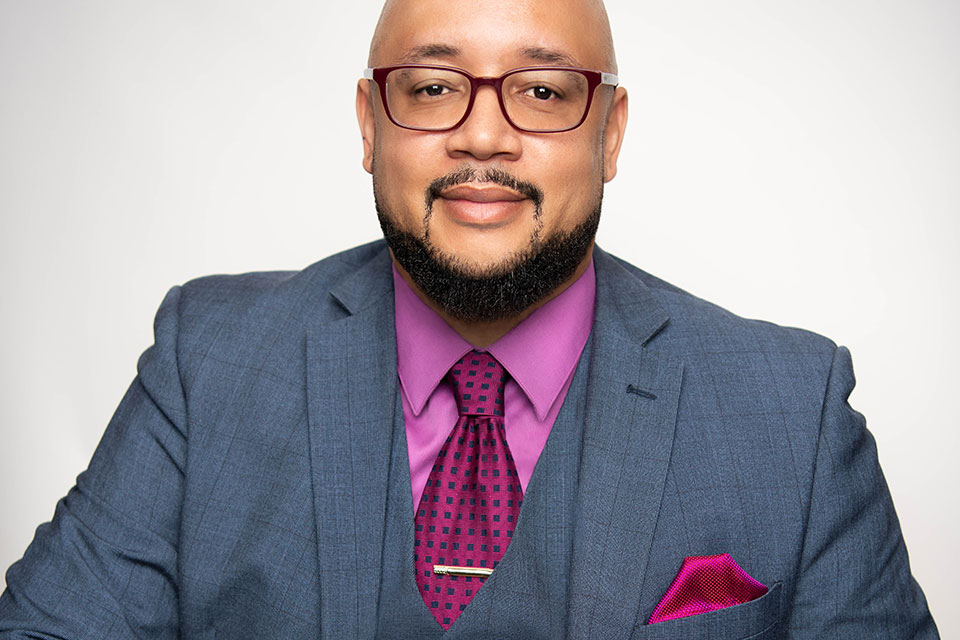 Meyer Memorial Trust, which awarded grants totaling more than $34 million last year, announced today that D’Artagnan Bernard Caliman will join the foundation as the director of the Justice Oregon for Black Lives initiative.

Caliman, the executive director at Building Changes in Seattle, brings 24 years of experience and leadership across social work, human services, juvenile justice, gang prevention, homelessness, child welfare, philanthropy, advocacy, policy and racial equity at the local, regional and national levels. The selection was made after a regional search and selection process.

A 6th generation Oregonian, Caliman has extensive experience working within and leading in the nonprofit, government, and social sectors. As the director of Justice Oregon, he will be responsible for overseeing an initiative dedicated to deepening support for Black-centered organizations and uplifting a just system of community well-being through Black-led and Black-serving organizations that intersect with other communities of color.

“We are so excited for D’Artagnan Bernard Caliman to join Meyer as the new Director of Justice Oregon for Black Lives,” said Kaberi Banerjee Murthy, Meyer’s director of programs and strategy. “D’Artagnan brings deep experience building and leading programs, as well as co-creating innovation with communities here in Oregon, across the Pacific Northwest and elsewhere in the country. His roots in Portland – and his continued connection to community even from afar – affirm how driven he is to the mission of systems-level change through the centering of Black Oregonians.”

Meyer’s trustees approved the creation of Justice Oregon for Black Lives, a five-year, $25 million initiative to make strategic investments in Black lives in the aftermath of the videotaped slaying of George Floyd by Minneapolis Police officers and months of protests nationwide.

In Oregon, peaceful protests came alongside local victories and advocates have long pushed for:

Long-standing leadership, activism and direct action by Black leaders, steadfast allies and, especially, Black-led and Black-serving social change organizations brought these reforms to fruition. Justice Oregon for Black Lives, the largest initiative in Meyer’s 38-year history, recognizes that racial injustice was built into the framework of a state founded on stolen lands and explicit in its exclusion of Black people. Its dedicated funding will invest in long-term, lasting strategic change.

Caliman most recently led the strategy and implementation of effective partnerships and programs at Building Changes, a Seattle nonprofit working to improve the educational, health, and housing outcomes for students, youth and families who experience homelessness. Through his leadership, Building Changes set a new five-year Strategic Plan to deepen the organization’s racial equity work and address disproportionality in BIPOC communities experiencing homelessness.

Caliman’s personal story touches on moments and milestones that may ring familiar to people raised in the historically Black area of North and Northeast Portland, known as Historic Albina. Raised by a single mother and extended family, his childhood mentors included civil rights veteran Ron Herndon, Tony Hopson, president of Self Enhancement Inc. and community leaders Ray Leary and Bob Boyer. When his mother became addicted to drugs in the late 1980s, at a time when crack cocaine and gang violence shattered the community, Caliman and his sister spent more than two years in foster care – moving between the home of his grandparents, his pastor's family and a traditional foster home. Caliman and his sister remained together and within the Black community until they reunified with their mother.

He was 17 when a close friend, Mujib Dudley, was killed in a gang shooting near NE 15th Avenue and Alberta Street. Looking out at the mourners at the funeral, Caliman made the decision to take a path aimed to help to prevent such senseless violence. With a diploma from Catlin Gabel High School, a sociology degree from Warner Pacific College and a master’s in Social Work from Portland State University, Caliman’s first job was at Portland House of Umoja, where he created a culturally specific “Rites of Passage” program for young Black men. He also worked at Self Enhancement Inc. as a multi-systemic therapist working with youth who were involved in the juvenile justice system.

Caliman said, “I have dedicated my career to my friend’s memory and the uplifting of the Black community.

"With the civil unrest across the country and in our backyards across Oregon state, I am even more strongly motivated to partner with Black communities in the work of eliminating structural racism and moving toward Black liberation.”

He will begin work at the foundation on January 6.

Established in 1982 from the estate of grocery store founder Fred G. Meyer, Meyer Memorial Trust has awarded grants and program-related investments in excess of $834 million to more than 3,400 organizations. With current assets of approximately $840 million, Meyer focuses on work in Oregon in four areas Oregonians have identified as crucial to making the state better for all its residents: housing, education, the environment and building stronger communities. In July, Meyer launched Justice Oregon for Black Lives, a five-year, $25 million initiative to uplift Black Oregonians, leadership and organizations by deepening investment in Black-led and Black-serving organizations, community well-being and lasting strategic change. Learn more at mmt.org.