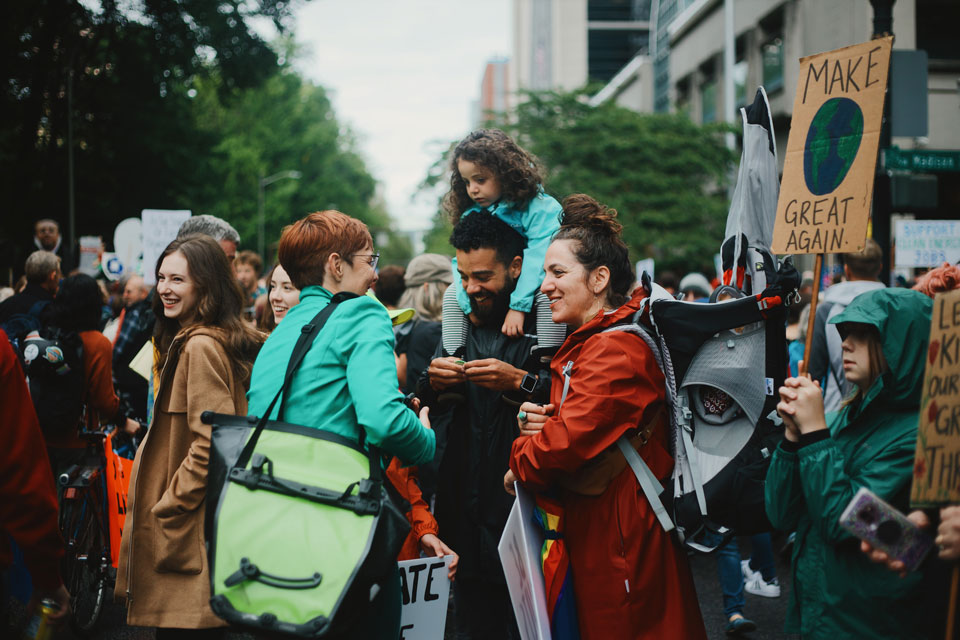 Portland, OR - Thursday, former Portland Mayoral Candidate Sarah Iannarone announced the formation of the Our Portland Political Action Committee (PAC). According to a news release, the PAC will focus on forwarding the progressive solutions for which a record number of Portlanders donated and 147,964 voted for in November’s election, including climate justice, housing for all, rethinking public safety, and a healthy democracy.

In a statement, Iannarone said, “We must stop putting out empty plans and platitudes while our children’s futures hang in the balance. We must shift our city’s priorities away from short-term economic growth and expansion to maximizing human and environmental health and justice for the long-term. We cannot accept tepid leadership and centrist incrementalism if we hope to stave off social and ecological collapse. But we need sweeping changes in the ways we invest in jobs, education, and infrastructure to ensure our communities are prosperous and equitable and that our environment is healthy and habitable for future generations.”

Former Campaign Director Gregory McKelvey stated that “Our community learned so many lessons, made numerous connections, and built a movement from the ground up.

"It would be irresponsible to end that movement on election day.

"Sarah was inspired by Stacey Abram’s ability to transform her electoral loss into movement building that years later addressed many of the issues that unfairly impacted her election. I expect Sarah to do the same.”

More information about the Our Portland PAC will be released in the coming days and months as the team meets with community members and stakeholders to assess the most pressing needs in our community. The Our Portland podcast will resume with a new lineup of special guests and the PAC plans to host a progressive summit in early 2021.