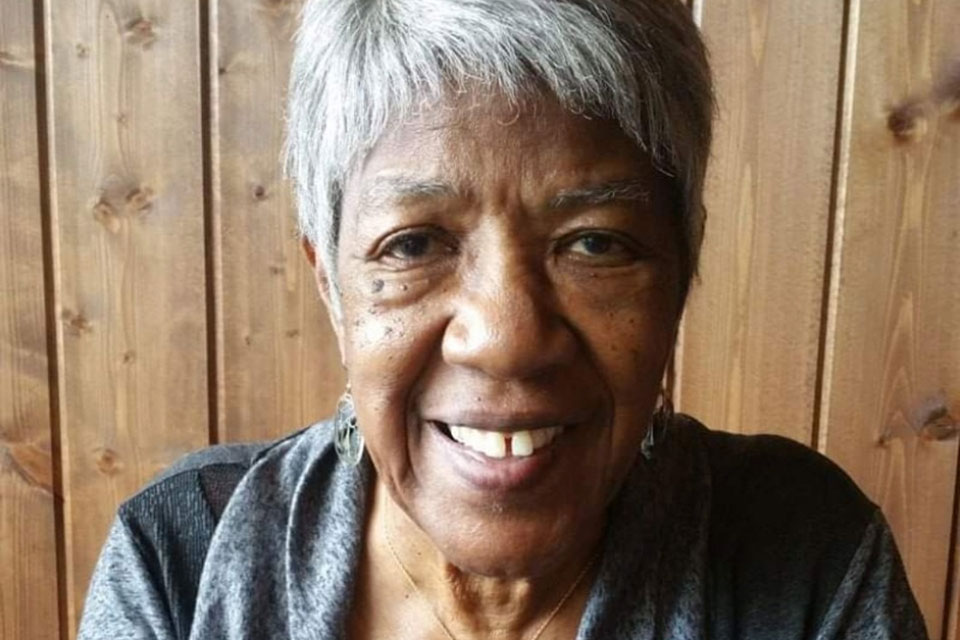 For Teletha Aldridge Benjamin, this year’s winner of the Gladys McCoy Lifetime Achievement Award, working to better her community isn’t just a passion. It’s what she demands from herself. 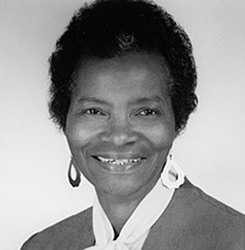 Gladys McCoy was Chair of the Multnomah County Board of County Commissioners from 1987 until her death in April 1993.Whether it’s designing partnerships to help local schools stay afloat, working on the boards of Catholic Charities of Oregon and the Salvation Army, or even serving her own southern cooking at Meals on Wheels fundraising events, Benjamin leads a life of selflessness.

Benjamin credits the values her mother taught, and the example set by her extremely supportive childhood community.

“My mother taught my sisters and me that if you live your life and you never reach out to do something to lift another person up, there’s no reason for you to be here,” she says.

Growing up in the small town of Lafayette, Louisiana, Benjamin learned the value of community support from a young age.

“Your neighborhood was your extended family,” she says.

Benjamin says one of her childhood jobs was to follow passing fire trucks and report to her mother where they were headed, so the ladies in the community could help the affected family. By the time the fire was out, they’d already have a plan for housing and clothing in place, Benjamin says.

Sharing necessities also was the norm. Benjamin recalls her neighbors visiting to help with the animals and crops and then leaving with some food.

“When it was time to kill the chickens and take the feathers off of them, everybody in the neighborhood helped, and then everybody went home with something,” she says. “I learned about supporting my community from the examples of the adults in my neighborhood, and no one ever thought twice about it.”

When Benjamin moved to Portland in 1958, she pretty much immediately brought forth the values she’d learned from her mother and in Lafayette.

Just five years later, she was the first person recognized as the Oregon Journal newspaper’s Woman of Accomplishment. “At that time I was involved at St. Charles Catholic School and Meals on Wheels, but I was just volunteering to do a variety of things. I worked as a caseworker from 1960 to 1969, but when people would call me and ask me to volunteer, I would never say no,” she says.

But Benjamin’s biggest accomplishment from the Rotary’s partnership with Vernon was the creation of a new music program. “They now have a choir, a band, and students are able to take music lessons on a variety of instruments,” she says. “When there’s an event at Vernon, you now hear and feel the presence of music.”

Her work, which more than doubled Vernon’s enrollment from 300 to 650 students, has been so effective that she recently partnered with Boise-Eliot/Humboldt Elementary School to provide similar services.

Serving at Meals on Wheels

With the Martin Luther King Center, Benjamin helped organize and serve food at a yearly lunch fundraiser from 2008 to 2016. “We were able to raise $30,000 a year from that one event. Not from selling the dinners but from the sponsors,” she says.

In more than 60 years of public service in Portland, she has worked with a number of other organizations including the Salvation Army, Immaculate Heart Church, Camp Fire, Leisure Hour Junior Golf, and Portland Public Schools.

And just like her mother, Benjamin passed her commitment to working for the community onto her family. For example, she remembers them helping her run a shave ice booth at the Mississippi Street Fair to raise money for Meals on Wheels.

Even though Benjamin loves to watch her family carry on her legacy of community activism, she says the greatest reward is always seeing the impact of her work. “By seeing me do things, my family has followed the ritual and they do things, too, but my joy really comes from seeing the recipients of anything that I do and the joy that it brings them,” she says.

“You could live your life and never ever believe that you could do something that could make a difference,” she says. “My joy in life is I don’t want to be recognized for what I do, but I certainly like to appreciate being able to sit and think about all of the fun I’ve had helping people.”

The Gladys McCoy Lifetime Achievement Award was established in 1994 to honor Multnomah County individuals who have contributed outstanding community service and community involvement over their lifetime. The award is given to an individual who has exemplified the life of the late Multnomah County Chair Gladys McCoy by making major contributions to civil rights, human rights, affirmative action, children and youth, family issues, community, neighborhood, local political party, local government, environmental issues, and/or education.