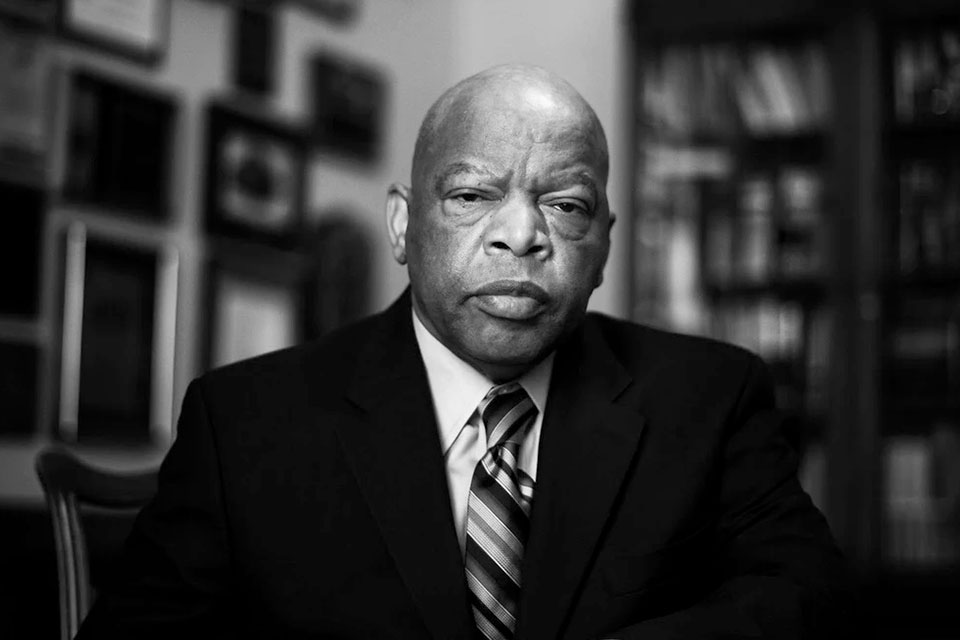 OAKLAND, Calif., Aug. 6, 2020 /PRNewswire/ -- On the 55th Anniversary of the Voting Rights Act, Vote.org, the nation's largest voter engagement platform and the only Black-led organization in the civic tech space, will honor the-late Congressman and civil rights activist, John Lewis, with a #GoodTroublePledge Voter Registration and Engagement Drive.

The drive comes in the wake of Lewis' recent passing, and renewed calls to restore the Voting Rights Act. The Supreme Court gutted key provisions of the VRA  in 2013, eliminating critical protections against systemic voter suppression that are still present in elections today.  According to the ACLU, states with the most extreme disenfranchisement laws have long records of suppressing the rights of Black people. In Iowa, one in four Black voting-age men are disenfranchised as a result of the state's voting laws.

"Today, we celebrate the work of John Lewis and so many others who sacrificed their blood, sweat and tears – and in many cases, their very lives – to give every American what is rightfully ours: full and unfettered access to the ballot box," said Andrea Hailey, CEO of Vote.org.

Vote.org also hosted an Instagram live event with CEO Andrea Hailey's father, Richard Hailey, who is a renowned attorney and civil rights champion in Indiana. Their conversation will highlight Andrea's personal story, and the sacrifices Black people have made to ensure the promise of equality throughout the course of American history. Additionally, Vote.org partners will join the organization in promoting the virtual #GoodTroublePledge Voter Registration and Engagement Drive, encouraging Americans to take specific actions on Vote.org's website to get #VoteReady for this election cycle.