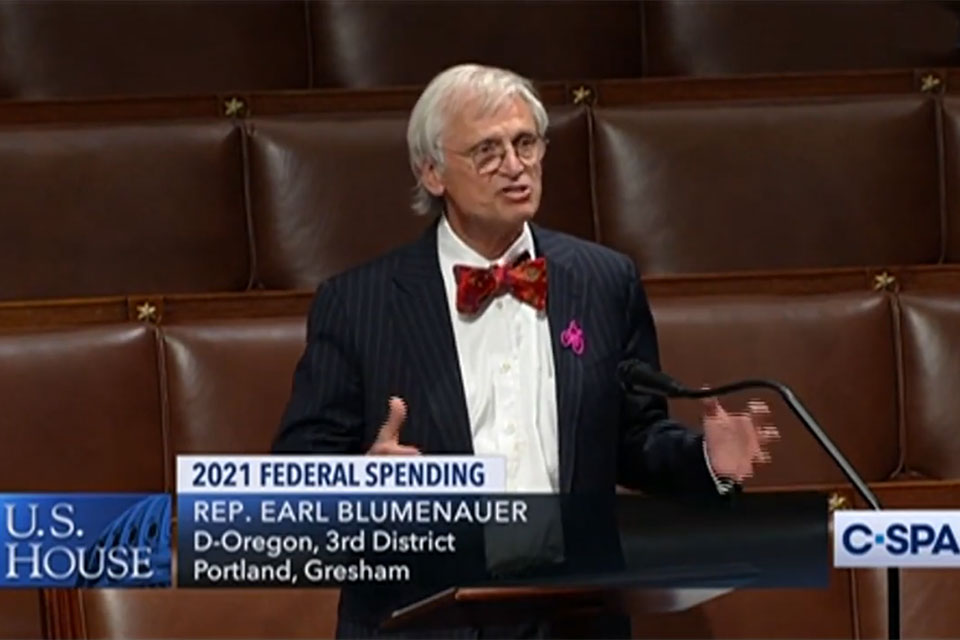 WASHINGTON, D.C.  – The U.S. House of Representatives today strongly rebuked the Trump administration’s effort to gut an Obama-era fair-housing rule that was implemented to address the lasting impacts of housing discrimination and redlining across the country.

On Friday, lawmakers passed an annual funding bill for the Department of Housing and Urban Development that included a provision supported by U.S. Reps. Alexandria Ocasio-Cortez (D-NY) and Earl Blumenauer (D-OR) to block the Trump administration’s new plan to rescind housing discrimination protections and desegregation efforts.

Passage of the amendment comes days after the Trump administration announced that it would repeal and replace the Affirmatively Furthering Fair Housing rule, which was enacted by the Obama administration in 2015 to bolster enforcement of the Fair Housing Act and ensure localities were tracking and addressing discrimination in housing.

Blumenauer and Ocasio-Cortez both took to the House floor Thursday to address the history of housing discrimination and castigate the president’s latest attack on fair housing.

“The Obama administration reversed this disparate treatment by strengthening the Fair Housing Act.

"But the current occupant of the White House has instead rescinded the rule with his thinly veiled racist tweet suggesting that individuals in suburbs will no longer have to be bothered or financially hurt by having low-income housing built in their neighborhoods," Blumenauer said. “This continues a pattern for over a century, one of the reasons that people of color have been denied housing opportunities and an escalator to the middle class.”

A copy of the amendment approved by the House today as part of the fiscal year 2021 Transportation, Housing and Urban Development, and Related Agencies spending bill can be found here.