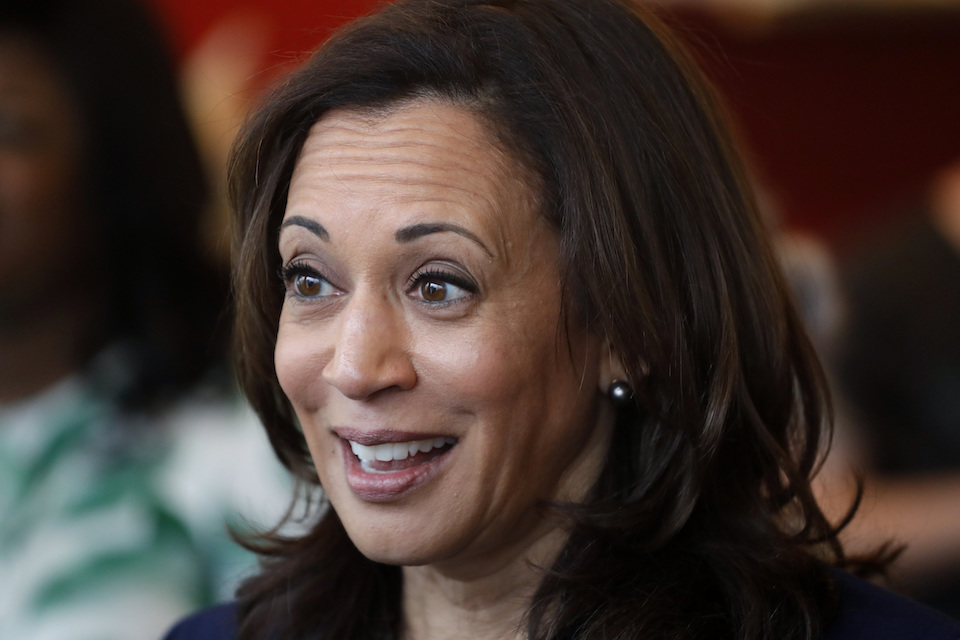 WASHINGTON, D.C. — U.S. Senator Kamala D. Harris (D-CA) on Tuesday slammed Senate Republicans on their empty proposal to address police brutality, calling it an “attempt to obstruct real progress and real justice.” Harris laid out the hollow proposals in the GOP bill and pressed her colleagues to proceed with real legislative change. Senator John Cornyn (R-TX) interrupted Senator Harris during her remarks in an attempt to undermine her criticism of the GOP bill, which falls short of meaningful reform. Harris shut down every one of Cornyn’s questions, explaining the GOP’s failure to consider real, comprehensive legislation on police brutality— including the Justice in Policing Act.

The people in the streets of every race, every gender, every age, from every state are not only giving us permission but demanding that their leaders finally make good on the American promise of equal justice under the law. And they are demanding this change. They're not just asking for it.

We can't answer the people's demand for accountability with watered-down politics and watered-down policies and an obstructionist tactic to distract us from what we clearly know is necessary to meet the calls and the cries of this moment and this movement. And so, I will say we cannot answer their demands with this Republican attempt to obstruct real progress and real justice in our country.

On Monday, June 9, in response to protests in all 50 states of these United States, Senator Cory Booker and I, along with our CBC and House Judiciary colleagues, and a majority of our Senate caucus announced the Justice in Policing Act. Over one week later, and now, the people are marching in the streets, let's just remember this, people are marching in the streets every night, every day. Over one week later, somebody got the memo. And then what did they do? They came up with what they call the Justice Act as a way to essentially show that they've got something, but to basically obstruct what already had been put in place.

And so, you know, in the words of my, immortal words, my great uncle Sherman, God rest his soul, that dog don't hunt. Thank you.