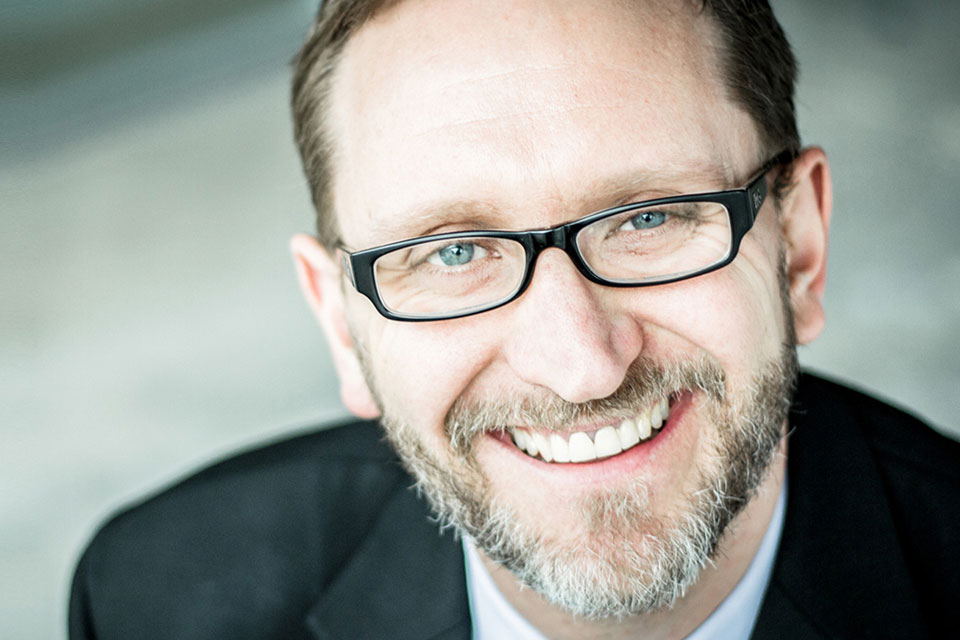 Ashland, OR—The Oregon Shakespeare Festival announced today David Schmitz will become its fourth executive director in fall 2020. Schmitz succeeds Cynthia Rider, who held the position from 2013 through 2018, and Paul Christy, who became acting executive director in January 2019 and has been leading the Festival’s transition throughout the executive search period. Schmitz has worked at Steppenwolf Theatre for the past 15 years, serving in the role of Director of Finance and Administration, General Manager, Managing Director, and currently as Executive Director.

“The OSF Board of Directors is enormously pleased that David Schmitz will join us in September as our new executive director,” said Diane Yu, OSF board member and chairperson of the executive search committee. “He is a consummate professional who has impressive breadth and depth of experience in all phases of theatre management—from finance to marketing to development to operations to community relations to theatre building.”

As the executive director of OSF, Schmitz will provide shared leadership with Artistic Director Nataki Garrett, enhance the role of philanthropy in the organization’s success, support ongoing artistic and education programming and impact, while overseeing all administrative functions, including development, marketing, facilities, and operations.

“David’s reputation and accomplishments working with theatre-makers, artists, patrons, and partners in the arts, combined with an extraordinary sense for community building, precede him,” said Nataki Garrett, OSF artistic director. “I’m grateful for the breadth of experience he brings to OSF through a variety of pivotal leadership roles critical to ensuring the future of this organization for many years to come, including our current top priority to return transformative theatre to our stages in 2021.”

In the executive director role at Steppenwolf, Schmitz has led strategy and execution for all fundraising, marketing, and business-related activities. His work includes securing the necessary resources and institutional support for the world-famous ensemble to achieve their creative ambitions in the present and the future.

“I am thrilled to be named incoming executive director of the Oregon Shakespeare Festival and to begin this extraordinary partnership with Nataki Garrett, the OSF Board, its artists, staff, volunteers, and the entire community of Ashland, the Rogue Valley, and Southern Oregon,” said David Schmitz.

“I’m equally inspired by the legacy and dedication of OSF’s audience, patrons, and supporters to become their partner at this unprecedented time in the world of live theatre.”

Schmitz’s stellar track record has won him widespread national acclaim for what he has accomplished at Steppenwolf. Under Schmitz’s leadership, Steppenwolf enjoyed significant growth in annual fundraising, including a total increase in annual giving of 25% over his tenure as executive director, and forged significant partnerships with national foundations including the Wallace Foundation, Roy Cockrum Foundation, and Doris Duke Charitable Foundation.

“David is well known for his strategic thinking and interpersonal and communication skills, and is committed to OSF’s core values, including inclusion and diversity,” added Yu.

Schmitz’s experience as an actor, designer, and director gives him a unique perspective into the artistic world and informs his approach to administration. During his tenure, Steppenwolf produced over 115 plays, which included the transfer of more than 20 productions to Broadway, regionally, and internationally, and was recognized as a Top Small Workplace by the Wall Street Journal. Schmitz is a founding member of Enrich Chicago (an organization working to end racism in the arts in Chicago) and was an initial participant in the Theatre Communications Group’s Equity, Diversity, and Inclusion Institute.