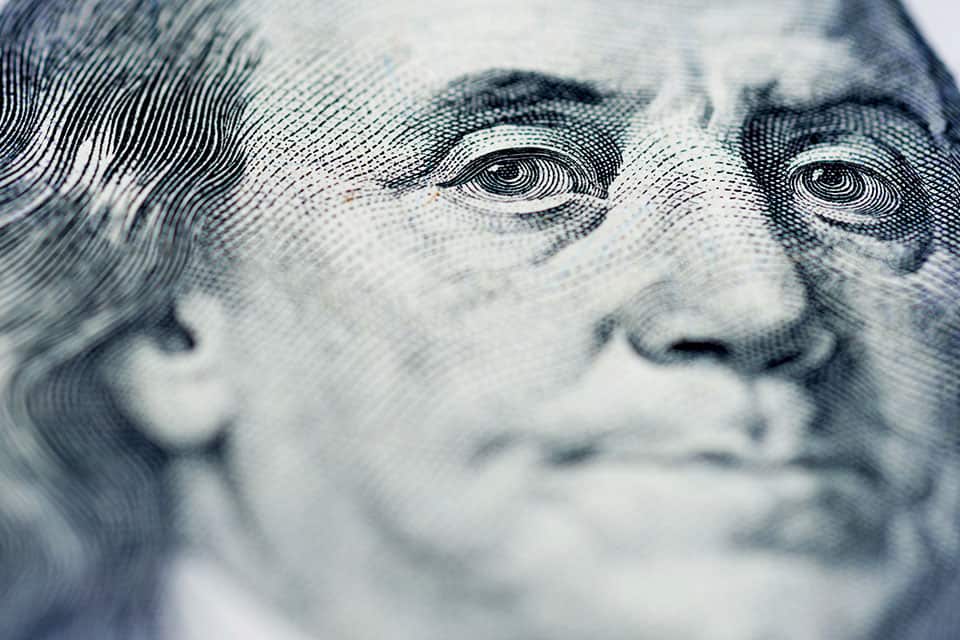 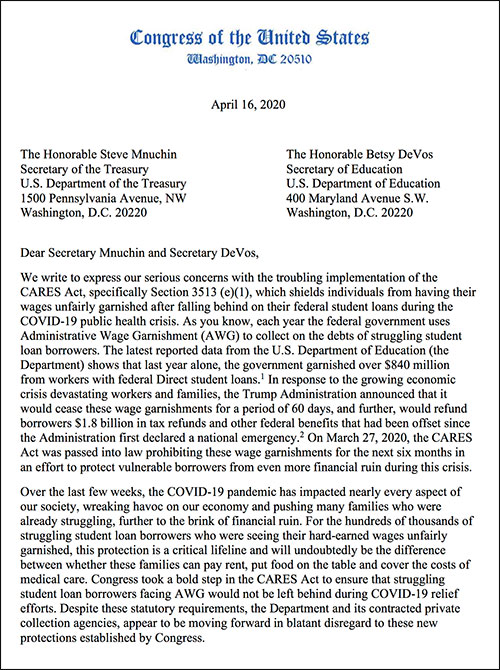 Click to view full letterWASHINGTON, D.C. – Oregon’s U.S. Senator Jeff Merkley, Representatives Peter DeFazio (D-OR-4) and Suzanne Bonamici (D-OR-1), along with 39 of their congressional colleagues, are blasting the Trump administration for continuing to garnish wages of millions of struggling student loan borrowers, despite a new law passed by Congress last month that prohibits such wage seizures during the coronavirus public health emergency.

The protective measure was included as part of the larger Coronavirus Aid, Relief, and Economic Security (CARES) Act package to provide relief to student borrowers, a disproportionate number of whom are students of color: on average, Black student loan borrowers end up owing more than their White counterparts, and 85 percent of Black bachelor’s degree recipients carry student debt, compared with 69 percent of White bachelor’s degree recipients.

“For the hundreds of thousands of struggling student loan borrowers who were seeing their hard-earned wages unfairly garnished, this protection is a critical lifeline and will undoubtedly be the difference between whether these families can pay rent, put food on the table and cover the costs of medical care,” the lawmakers wrote in a letter sent today to Education Secretary Betsy DeVos and Treasury Secretary Steve Mnuchin.

“The Department and its contracted private collection agencies, appear to be moving forward in blatant disregard to these new protections established by Congress,” the lawmakers continued, citing guidance issued by the Department on April 1 that specifically notes that borrowers’ wages may continue to be garnished. “This Administration’s actions and disregard for these new protections under federal law will place workers and families in further economic jeopardy.”

The lawmakers demanded answers by April 25 to a series of questions about the status of borrowers, their debts, and their employers.

The full text of the letter is available here.