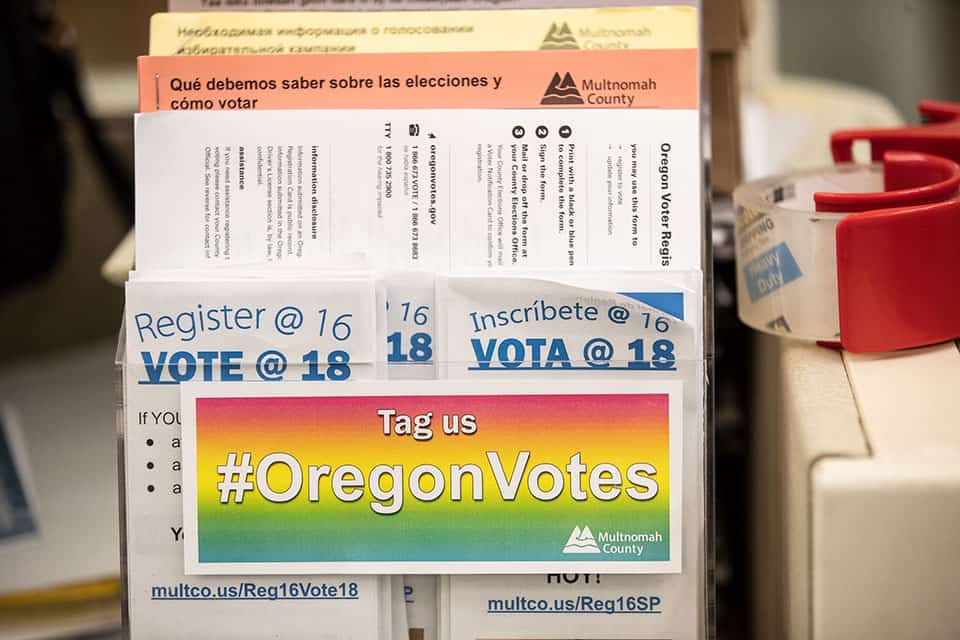 By The Skanner News
Published: 25 February 2020

As the 2020 primary and general election approaches, Multnomah County is working with state and national partners including the National Association of Secretaries of State (NASS) to promote the #TrustedInfo2020 initiative, a year-long voter education effort.

The goal of #TrustedInfo2020 is to communicate to the American people that election officials are their trusted sources for credible and accurate election information.

Every ballot leaves a paper trail as it moves from being cast to counted. Unique identifiers delineate every ballot return envelope. Each county’s ballot-counting system is never connected to the internet. A contingent of public and private-sector teams are dedicated to elections and cybersecurity.

But, Scott added, “it's the spread of election disinformation and misinformation that remains an overarching concern. We want voters to go to trusted, official sources for credible, election information,” said Scott.

Voters can also protect themselves. Election, law enforcement and cybersecurity officials are imploring voters to be wary of suspicious links, strengthen your passwords, fact-check information and above all go to trusted sources for information.