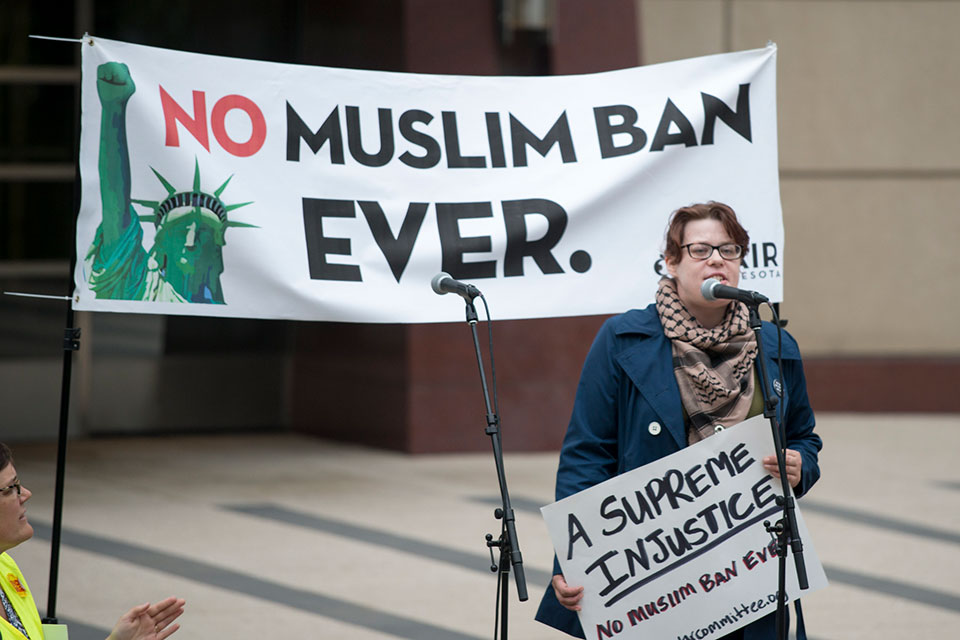 By The Skanner News
Published: 24 February 2020

Washington, DC – On January 31, 2020, the Trump Administration issued a proclamation announcing an expansion of the Muslim Ban to include Nigeria, Tanzania, Eritrea, Sudan, Burma and Kyrgyzstan. As of tomorrow, February 21, 2020, new immigrant visas will no longer be issued to nationals from Myanmar, Nigeria, Kyrgyzstan and Eritrea. The ban will also exclude nationals from the countries of Sudan and Tanzania from eligibility for the diversity visa program.

The Lawyers’ Committee for Civil Rights Under Law and UndocuBlack Network issued the following statements.

“Our nation’s immigration policies should not subject immigrants to punitive or discriminatory treatment based on the color of their skin. The administration’s latest ban clearly targets the Black diaspora as four of the six new countries are on the continent of Africa,” said Kristen Clarke, president and executive director of the Lawyers’ Committee for Civil Rights Under Law. “Much like the termination of Temporary Protected Status for Sudan, Nicaragua, Haiti, El Salvador, Nepal and Honduras, and the termination of Deferred Enforced Departure for Liberia, the latest travel ban appears to be motivated by racial animus. This administration’s open hostility toward Black and brown people, and Muslims is undeniable and unacceptable.”

“One thing is true, this ban, like all immigration sanctions brought under this administration, are wholly and fully irresponsible and unnecessary.

"Another thing is true, this country has a real problem with Blackness and any proximity to it,” said Patrice Lawrence, co-director of the UndocuBlack Network. “The Muslin Ban targets immigrant visas and diversity visas; statuses that afford recipients an opportunity to establish long-term stability. The reason for this proclamation is simple. It’s a brazen attempt to control the future demographic makeup of this country. Behind these bans and visa sanctions are real people with real families — facing the pain and uncertainty that family separation brings.”