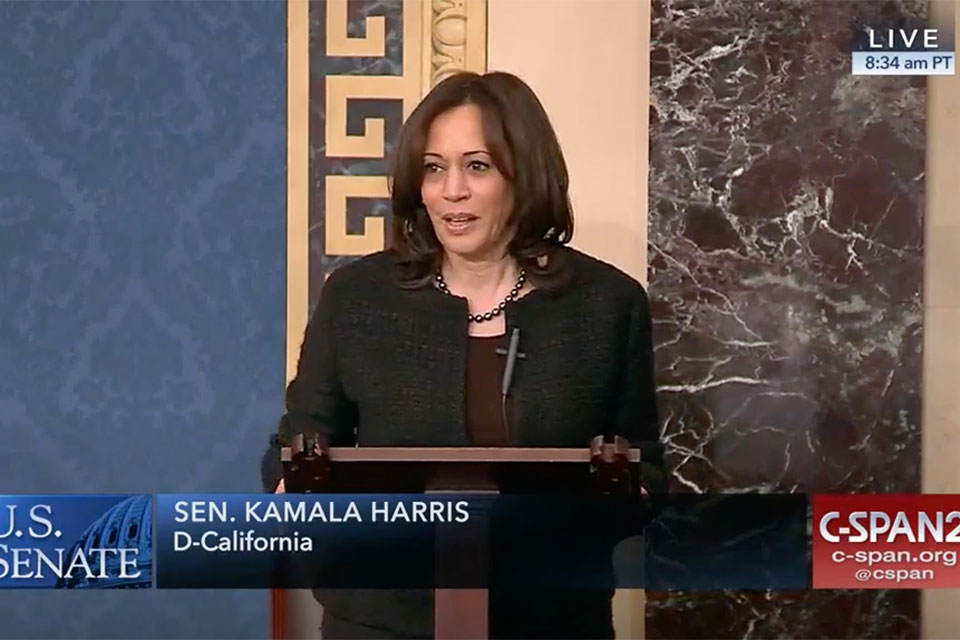 By The Skanner News
Published: 24 February 2020

WASHINGTON, D.C. — U.S. Senators Kamala D. Harris (D-CA) and Cory Booker (D-NJ) on Thursday applauded the House of Representatives for announcing a vote on historic legislation to make lynching a federal crime for the first time in American history. Senators Harris and Booker, along with Senator Tim Scott (R-SC), introduced the Justice for Victims of Lynching Act that unanimously passed the Senate last year. After passing the House, their bill will head to the president’s desk to be signed into law.

“Lynchings were horrendous, racist acts of violence,” said Senator Harris. “For far too long Congress has failed to take a moral stand and pass a bill to finally make lynching a federal crime. I’m grateful for the partnership of Senators Booker and Scott, and I applaud the House of Representatives for bringing this important legislation to the floor.

"This justice is long overdue.”

“I’m humbled and grateful that the House will be taking up this important piece of legislation next week. Lynching has been used as a pernicious tool of racialized violence, terror, and oppression and is a stain on the soul of our nation. While we cannot undo the irrevocable damage of lynching and its pervasive legacy, we can ensure that we as a country make clear that lynching will not be tolerated,” said Senator Booker.

From 1882 to 1986, Congress failed to pass anti-lynching legislation 200 times. Lynching was used as an instrument of terror and intimidation 4,084 times during the late 19th and 20th centuries, according to data from the Equal Justice Initiative.

The Justice for Victims of Lynching Act is supported by the NAACP, the Anti-Defamation League, and the Equal Justice Initiative.